Breed specific legislation is a very real issue around the world affecting the lives of many responsible dog owners and taking the lives of dogs who have done nothing wrong, except look a certain way.

As part of our investigation into the subject, we're looking at what prompted its introduction in different countries – and if it's actually working (hint: it's not).

This month we get an insight into breed specific legislation in New Zealand with the help of Karen Batchelor, a dog owner who lives there.

Back in the early to mid-nineties our National Party politicians, Brian Neeson, Christine Fletcher and Maurice Williamson gave us the tip that they were promoting a grossly irrational, unscientific, unfair, and cruel policy in New Zealand. Their objective was the same as Lord Kenneth Baker of Dorking in the UK a few years earlier - breed specific legislation. 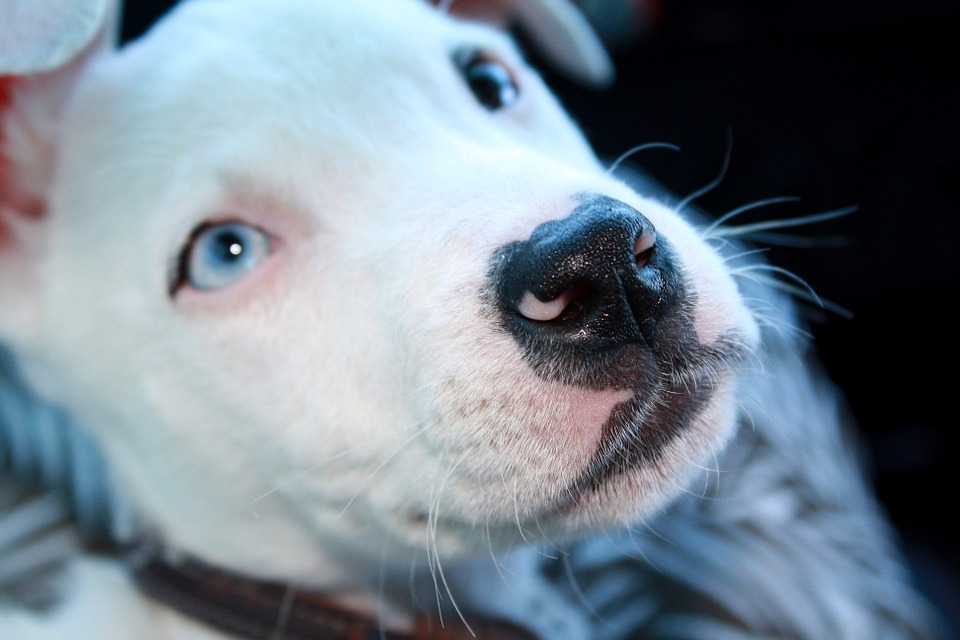 Manipulating public opinion about pit bulls to justify a ban

To justify it, they served up to the public, via the mainstream media, horrific footage out of the pit, where dogs suffered mind-numbing injuries and of violent dogs used as weapons by drug dealers and other abusers. This was part of their campaign to connect specific breeds to specific social problems.

Having adequately softened the public up to tolerate breedism they then offered the option of BSL.

Scientists and behaviourists warned that it couldn't, and wouldn't, work. Evidence was gathered and provided to reinforce this based on the pit bull ban in Denver, Colorado which was instated in 1989 (it was subsequently revoked in 2004 while the city sought a better way to move forward but reinstated in 2005).

Despite evidence showing that BSL was not a 'fix all' solution, New Zealand politicians went ahead nonetheless and the Schedule 4 of the Dog Control Act 1996 reared it’s ugly head banning the import/export of Pit Bulls, Fila Brasileiros, Tosas, and Dogo Argentinos in any form as per the global prescription, along with placing random de-sexing orders on dogs and euthanasia of dogs in the country’s pounds and SPCA animal shelters if they were unreliably accused by sight by non-expert employees of local councils and shelters of being of ‘pit bull type’ - irrespective of their behaviour or temperament.

Dogs were – and still are – literally losing their lives because of how they look and what size they are – even if they are gentle souls who have done nothing wrong, except being born.

That can't be right, can it?

BSL's introduction around the world

New Zealand isn't the only country to have BSL in law. The UK, Australia different US and Canadian states also have it, as well as many others around the globe. It seems BSL has been accepted in wholesale fashion by governments around the world without true due diligence taking place.

According to veteran trial attorney and animal practitioner Fred Kay, who has research BSL he discovered:

In my experience here in New Zealand, the power of the media is all pervasive where they allow themselves to be misused, as our country's platforms were in the lead up to BSL being introduced. Our media were used to portray an image of a breed and breed type to manipulate public perception.

As a direct result of this, certain types of dogs were vilified and many have lost their lives as a result of how they look.

The New Zealand public began to view owners of these types of dogs as pariahs and ostracised by a misled public. They were abused in the street and cut dead by neighbours. Their dogs were even attacked.

A story stays with me of a family who were on a popular beach and had rocks thrown at them and their Staffordshire Bull Terrier dog.

The use of the media by the government also drove abusers to steal dogs with the aim of getting involved in dog fighting. They'd made it a popular culture among those who might not have got involved, had they not sought to sensationalise dog fighting.

Unprecidented levels of bad dog ownership also became apparent with dogs suffering at the hands of those not fit to own a dog – ANY DOG – yet, this was just as was seen around the world as a direct result of a breedist approach. 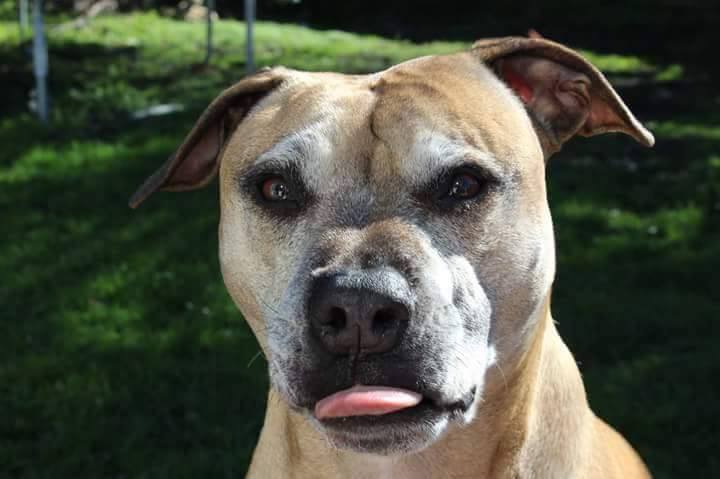 This dog's owner says, "I am honoured to own and love this breed. My old darling has never put a paw wrong."

Raising awareness around the world about New Zealand's failed BSL

In February, 2012, we were asked to provide an overview of our situation for Dr Ian Dunbar’s Dog Star Daily by resident guru Drayton Michaels, CTC, and as our information shows our Auckland's kill rates are lamentable.

These figures represent just Auckland and are from council pounds only, excluding SPCA animal shelters. Auckland’s population is estimated to be around 1.5m, roughly a third of the country’s inhabitants.

Although these figures are five years old it is unlikely much has changed as New Zealand is still donkey-deep in the dark ages and defiantly resistant to any challenge to such a wrong-footed approach, as is shown here by the latest architect of an even more draconian stance and backwardness, Louise Upston - also a National Party MP.

To be fair it was Helen Clark’s Labour Party that brought in BSL with a vengeance in 2003/4 after a child was mauled by an American Staffordshire Terriers - a breed not included on Schedule 4.

American Staffordshire Terriers were accepted by the American Kennel Club as a separate family of dogs back in 1936 - coincidentally the same year that the Cardigan and Pembroke Corgis were recognised as separate families of dogs.

It would seem that no amount of valid questions and qualifications will budge such determined ideologues so the country’s dogs continue to suffer and die, even when they are simply lookalikes with no proven association to any breed other than by a subjective guestimate by an untrained staffer in a council pound/shelter and a checklist that is at best unprofessional and unsupported by science.

The same bizarre and expensive approach is taken in Australia where BSL rules despite the expense and lack of rationale (more here).

New Zealand's BSL is a law based not in fact, but bias

There is no registered death in New Zealand as a result of a dog attack from a dog breed listed on Schedule 4 of the act.

No child has ever been killed by a dog in New Zealand, and of the six adults whose deaths were ruled DBRFs (Dog Bite Related Fatalities) not one was killed by any breed under attack from the country's government.

But – it has spurred a generation of bad dog owners and those who seek to profit from the dog.

The net result of this incredibly ill-considered ideology in New Zealand has been the proliferation of back yard breeders, puppy mills and dog fighting, the waste of animal control/public resources in pursuit of a canine bogey man that doesn’t exist, and the needless suffering and death of countless blameless dogs.

BSL is an ideology that doesn't work – anywhere

Around the world, even where the confounding persistence with this ideology has been clearly shown to be baseless.

Ten years after introducing a breed ban officials in Toronto, Canada are calling for a repeal of BSL after acknowledging there are almost no pit bulls left there, yet recorded numbers show dog bites are on the rise.

The clock is ticking for politicians to repeal, or defend their failure to act in the best interests of animal welfare and the right of their citizens to protect their companion animals from oppressive laws with no foundation in fact for their existence. 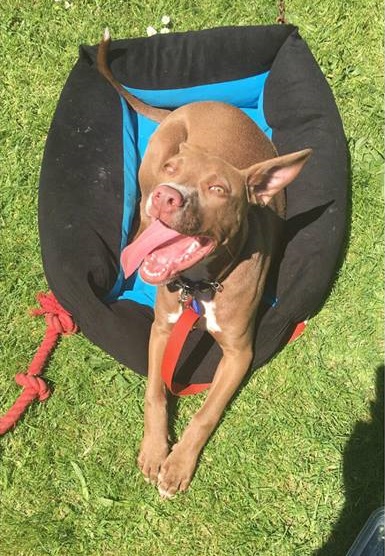 This new and dedicated dog owner told K9 Magazine, "I was afraid of the breed due to the media articles etc and how it's all changed because I decided to own one.”

"When you own a Pit Bull you realise how they are the world’s most misunderstood breed of dog. You realise how much of an impact the media have had with these reports. The stories that have emerged have only ever been about Pit Bull attacks. There are never any articles or segments that make it into papers or on news reports about what humans have done to this amazing breed. Us humans have destroyed this amazing breed by over breeding them, using them as a cash flow for fights, abusing them even killing them and improperly using and raising them to simply make our ‘image’ or ‘status’ more superior than others. This in turn is what has caused a lot of heartbreak and unnecessary verbal abuse from society towards Pit Bull owners including myself.

They continued, "I’ve had ***** since she was 6 weeks old and she has changed my life completely and for the better. She brought life back to me when I was battling depression and suicide and that is something nobody on this earth could do for me at that time. I had given up and was a lost cause. Then she came along and made me understand that she was not a ‘bad dog’ but a dog that was ready to love and devote herself to me regardless of what the world thought of her and she wanted me to do the same for her. Keeping her was the best decision I’ve ever made in my life and I wouldn’t give her up for the world. She has taught me how to truly love someone whether their human or animal, has proven to me how smart, loving, funny, obedient, loyal and caring Pit Bulls can be. ***** has been put through obedience and puppy school classes as well as going regularly with a pack for dog walks.”

"Even though ***** has been raised, treated and trained exceptionally well it still isn’t enough for society and other dog owners who are against the breed. Whilst in the public eye with ***** I’ve received verbal abuse from members of the public who’ve yelled at me saying things like “Your dog shouldn’t be allowed in this country, it’s dangerous”, “Your dog should be shot” or the most common “Don’t touch that dog it’s a Pit Bull”. Besides verbal abuse I’ve had people walking towards us who will grab their kids and dogs and either cross the road or turn around and go the opposite way while looking at ***** and I with fear, anger, disgust and judgement. These are only a few of the things I’ve had to put up with since owing a Pit Bull and it breaks my heart to see my innocent, loving and friendly Pitty be judged by people when they don’t know her. I knew what people thought of the breed but I thought we were past the days where we would even be wishing death upon these voiceless animals who deserve a second chance and have no means to defend themselves. We as humans and a community need to educate ourselves on this particular breed and not put the blame on them."

After over 22 years of knowing and owning this breed not one has ever offended against my neighbours, their children, passersby, visitors, meter readers, posties, vets…how can that be? Well, it’s because I own them. Not someone who wants to fight them, mill them, make weapons of them or scare people with them.

Our dogs are family and we don’t let them down. Target the two-legged end of the leash. There lies the problem and anyone with the I.Q. of an artichoke can figure that out…so what is wrong with some of our legislators around our world?