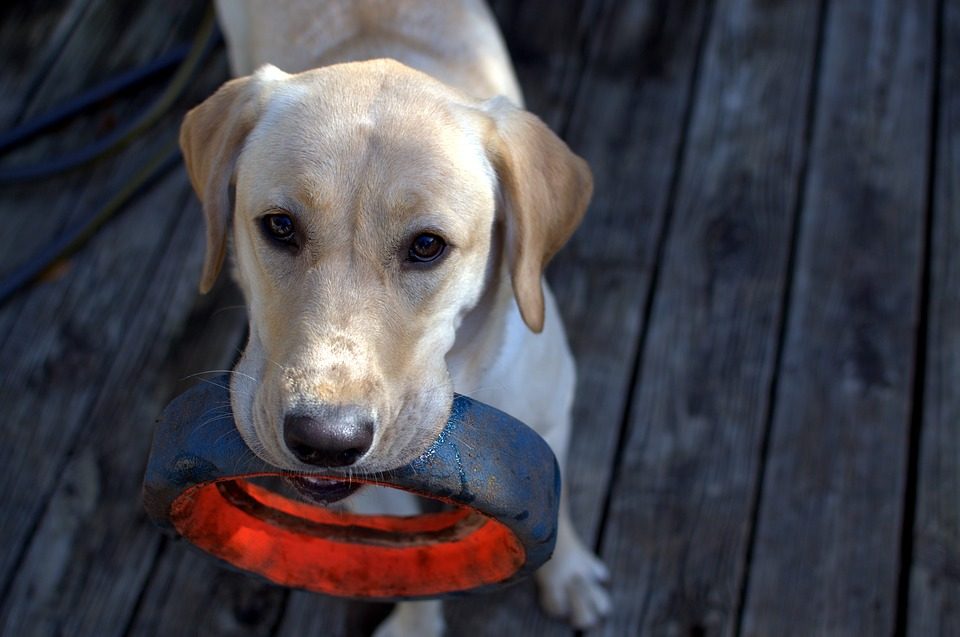 “Out of the blue, it attacked for no reason”

When a dog attack is reported we will often hear the same old phrases bandied about.

“It came out of the blue”

“It was totally unprovoked”

“We didn’t see it coming”

“It was totally out of character”

Ring any bells? Well let’s try and understand how and why a dog might attack someone.

Dogs rarely, if ever, attack for no reason. Us humans often misinterpret a dog attacking “out of the blue” and “without warning”‘ because we simply missed the signs.

Let’s be clear about one thing. A dog who is prepared to bite someone has his reasons. Can we, as humans, justify those reasons using the social values of people?

Probably not. But of course, dogs do not live their lives according to human social values.

Here is the story of John, Henry and Max.

John has no wife or children. For the last five years he’s lived with his best friend in the world a playful Labrador called Max.

John is exited today. Henry, an old friend from school who he hasn’t seen for many years is visiting.

John decides today would be a good day to get his garden tidied, make a good impression on his old school chum.

As John gets busy in amongst the weeds in the front garden, he spies his old mate making his way up the street.

Henry’s been looking forward to catching up with John for weeks and, as he’s never been to his home before, finds himself feeling somewhat jubilant to realise he’s managed to find the street on which John lives without too much trouble and can now relish the prospect of seeing his friend again as well as finally getting to meet the only true love of John’s life, the much talked about Max.

It’s a hot and sunny day and Henry is wearing his sunglasses. Further up the street he spots John working in his front garden.

John’s already noticed Henry making his way towards him and yells out, “Hi Henry. Fancy a beer?”

Henry shouts back, “Sounds just the job. Can you believe this heat?”.

As per usual, Max has been ‘helping’ John with his gardening exploits by digging holes of his own all over the lawn. John doesn’t mind. He only wanted the garden so he could have somewhere safe to play fetch with Max on sunny days like today. He’s never been one for trying to keep it immaculate when Max’s favourite hobby is trying to tunnel his way to China.

Max has stopped his gardening though. He’s become preoccupied by the exchange between John and Henry and he’s taken a trip the front gate to see what’s going on.

“I wonder who this bloke is?” ponders Max.

“Why would he and John be shouting at other?” he thinks to himself.

“I’d better be on full alert.” he concludes. “John’s just shouted at this chap so he obviously wants me to keep an eye out.”

Max fixes himself in position at the front gate and hoists his tail high into the air, he’s keen to let the oncoming stranger know he’s about.

Henry’s still coming. So Max decides he needs to be more clear. He starts to emit a deep, low growl in Henry’s direction just to make certain the stranger who’s purposely striding towards him, his owner and HIS garden is left in no uncertain terms that he’s not moving

Henry’s still coming. And now he’s close enough for Max to notice his sunglasses. “This is getting more serious by the second”, thinks Max. “He’s not only not listening to me, he’s staring right at me. I know, I’ll stare right back at him. See if he’s as brave then.”

Problems. Henry is still as brave. To Max, Henry’s sunglasses look like wide, staring eyes, boring straight ahead and as he marches staunchly toward the increasingly anxious Labrador, Max wonders what his next move might be. As body language goes, Henry is showing all the signs of refusing to listen to Max’s advice.

Now tense and feeling genuinely threatened, Max is offered an escape. John jogs inside to fetch a couple of bottles of beer and Max is only too pleased to hurriedly follow his master. Max is somewhat relieved to suspect that John, his idol, is just as scared as he is about the relentless stranger pursuing them both from outside the garden gate.

Too late. Max’s heart leaps as he hears the gate swing open. Too late.

His worst fears are confirmed. The unrelenting Henry is now purposefully making his way up the garden path and toward the the house where Max and John are isolated, cornered and in Max’s case, petrified.

Gathering up every ounce of his canine courage and without a second’s thought for his own safety Max charges out of the house, tail hoisted aloft and barking his war cry as loud as his voice will muster. He heads straight for Henry wondering why this stalking maniac refused to listen to all of his earlier warnings.

“You might kill me but you’ll never take John”, Max decides.

Henry, his face very quickly drained of all its colour, is shocked and taken aback to be confronted by a clearly furious Max, the dog he’d heard so many nice stories about from doting John. This isn’t at all the dog he thought he’d be meeting.

Henry, alarmed and frightened makes his way toward Max, attempting to offer a hand of reassurance and friendship.

Max is having none of it.

Undeterred by Henry’s advance and determined not to let his owner come to any harm, Max lunges in Henry’s direction.

The realisation that Max is a long way past the stage of being able to be pacified dawns on Henry fast and he hastily tries to beat a retreat back out of the gate from which he entered.

John, hearing the commotion and now panic stricken by Max’s attack bellows “No! Max, no.”

Acutely tuned to his owner’s emotions and sensing the fear and alarm in John’s voice, Max forges ahead and launches into a full scale attack on Henry.

And then, as quick as it began, it was over.

An ambulance arrives to take Henry away and, hearing the commotion, John’s neighbours have summoned the Police.

John can be heard explaining, “He’s never done anything like this before“, the attack came “totally out of the blue“, Max was always “such a trustworthy dog“, he’s “never shown any signs of aggression in his life“, the attack was “totally unprovoked“.

But we know differently don’t we?

1. Max spots a man walking toward his and his owner’s garden – ‘his territory’
2. Not unduly worried, Max paid little attention to the stranger until John shouted in Henry’s direction. To Max, this was a clear signal to ‘watch for danger’
3. Obediently, Max sat at the front gate and watched for that danger.
4. He attempted to signal to Henry by putting his tail in the air and growling, that he was prepared to defend his owner and territory.
5. As Henry gets closer, Max again postures but now spots Henry’s aggressive body language, his wide eyes refusing to overt their gaze a clear signal of intent. Henry’s point blank refusal to alter his path, a sure fire gesture of defiance.
6. As John runs inside, Max’s thoughts turn to escape. He now believes John is as scared as he is and they should both seek shelter from the safety of the house.
7. Too late. As Henry enters the garden (Max and John’s territory) Max does what he thinks his owner needs him to do. He defends against the threat.
8. As Henry runs away and John panics, Max takes this as a sign that he should increase his attack, his canine instincts now in complete overdrive.

So let us again question whether John was correct when he explained to Police that Max’s attack was unprovoked.

Was it unprovoked? Not at all.

Was it avoidable? Totally.

Henry, his pain eased only slightly by drugs lies motionless in a hospital bed and starts to face the reality that a visit to see a dear, old friend has left him disfigured for the rest of his life. He ponders how best to explain to his young children that he’s still their Dad even though he knows his mutilated features will upset them deeply. He wonders how life will be from now on, how people will react to him.

Max, confused and still frightened by the terrifying ordeal earlier in the day is now wondering why he’s found himself confined to a small, secure cage at the vet surgery.

He stares through the bars and looks longingly towards the door, hoping against hope that he will soon be reunited with his trusted friend and master, John.

He’s still pleased to see her. He’s lonely and upset and he just wants to go home and be with his friend.

He’s too pre-occupied to wonder why the vet nurse seems so wary of him. Wanting to put her at ease, he submissively offers up his paw. As the vet nurse holds it, she carefully shaves a small patch of fur away from his leg.

Max didn’t even notice the injection.

On this day it wasn’t only Max’s body that was destroyed as John’s memories of a kind, gentle, fun loving dog died too.

He asks himself once more, “Why did my dog attack someone for no reason?”

John may never know it, but Max had his reasons.

Dogs do not bite people without reason. They do not attack out of the blue. They do not launch into savage, frenzied assaults without provocation despite what you will undoubtedly read in news reports when the next dog attack hits the press.

There are NO devil dogs. There are NO unprovoked dog attacks. There IS a huge gap in understanding amongst some dog owners about why dogs attack and until we can bridge that gap in education people will continue to be attacked and more and more dogs will join Max, their memories destroyed along with their bodies.

Killing individual dog breeds is not the solution to a problem which runs through an entire species. Oh, and if you were left in any doubt, that species isn’t canine.

Article written by Ryan O'Meara. You may reproduce it with permission, please just link back to this page.

If you’d like to show your support for the sentiment of this article, please click the ‘Like’ button at the top of the page. Thank you!