With dogs playing a bigger part in our lives than ever, here at K9 Magazine we know you would like to discover much more about certain traits, habits and foibles your dogs may exhibit to better understand their needs, and so following the launch of our behaviour series with Victoria Stilwell and the VSPDT team last month, this issue sees Positively Dog Trainer, Laura Brody (CPDT-KA) take over.

This month, Laura explores the subject of domestic dogs and their ability to socialise. 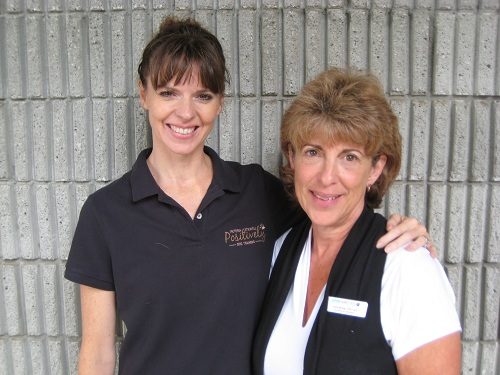 Socialisation. Are dogs losing the ability to get along with each other?

Six months ago I traveled to a small town in Belize. Over a week’s time I had several opportunities to observe the “village dogs”. These are free-roaming dogs that may or may not have owners. My first response to them was sympathy. As a rule they are thin and lack the robust look and activity level of the typical European or American pet dog.

But the more I watched them, the more I started to feel sympathy for my own dogs back at home instead. The Village dogs were free to come and go.  They slept in yards and outside the doors of local shops.  Some approached people for attention or food, others played with each other without incident.  Their body language was loose and relaxed.

After six days of observation,  I had not seen one fight between dogs or any aggression towards people.  What do these dogs know that the average dog in the United States doesn’t know? Are domestic dogs in “developed” countries losing the ability to get along with each other?

Based on the number of phone calls behaviour specialists like myself receive in a month about dog-dog aggression, I’d say the answer is, YES.  So, with all the advantages money can buy, why are our pet dogs becoming more and more aggressive with each other?

Typical pet dogs start their socially isolated lives when they leave their litter mates and move in with humans, often as an only dog.  Isolation during puppyhood prevents them from learning critical social skills and body language from stable adult dogs and other puppies.

But, socialization is a buzz word that is poorly understood and often dispensed without specific techniques for success.

By the time I met her,  Emma had become a statistic; she was the Grand Slam of socialization mistakes.  A new client had adopted Emma from a local rescue at 4 month of age.  They were told, “This dog needs plenty of socialization”.  They were sent on their way to guess what “plenty of socialization” means.  The dog spent the next 4 months being flooded with trips to the dog park, leash walks through the crowded streets of the local farmers market, being led right up the noses of other dogs, and a week long stay at a boarding kennel.

As it turns out, Emma’s natural temperament was extremely cautious and she had learned some disastrous lessons about the world.  Her owners, like many others, had only good intentions, but no reliable information. They believed what most people believe, “all dogs must get along with each other and with every person they meet“.  By 8 months, Emma had become fear aggressive towards other dogs and extremely timid meeting new people.

The village dogs in Belize have so many advantages over dogs like Emma.  They are never leashed so they always have the ability to move a safe distance from potential threats. Compared to our dogs, who are tied to us and set out like the goat in Jurassic Park, with no way to escape, the Village dogs learn to use innate body language signals to work out social contact peacefully.

When a pet dog is presented to another dog on leash the result will normally be one of two responses:

1.  Over-exuberance (brought on by a lack of education about social skills)
2.  Avoidance and fear

The first scenario may cause the other dog to “correct” the dog with growling or snapping.  The second situation may result in the fearful dog learning to skip all the lower level warning signals and go straight to the bark, snap or bite to protect themselves because it’s the only thing that works.

According to Dr. Ian Dunbar,  veterinarian, dog behaviourist, speaker and author,  “Free-Roaming Village puppies enter a functional social group. They are low man on the totem pole and they learn pretty quickly who to avoid and when to avoid them.

Dr. Dunbar shares that village puppies are taught the following lessons without overt aggression by stable adult members of the group.

1. Be polite. It’s not okay to run up to an adult dog’s face
2. Avert your gaze
3. Acknowledge your lower rank
4. Ask for permission to approach, investigate or play

Our puppies and dogs, in order to live safely in our culture, are fenced, crated, confined inside the house and leashed. In general,  they have no social group to teach them how to get along with other dogs. So we take them to puppy class to give them at least a few weeks of social exposure. If the owners are lucky, they find an instructor who has an extensive education about puppy behaviour from which to learn. But many owners don’t continue the dog’s education into adolescence.

More and more young dogs become unruly and socially awkward. Some become bullies and others are just downright dangerous. A few of these dogs end up being “socialized” in our dog parks. It’s a dog’s natural instinct to avoid dogs that are threatening, but how can a frightened dog avoid an out of control “canine missile” that is barreling towards them across an enclosed park? It is rare for either of the owners to intervene when this happens. 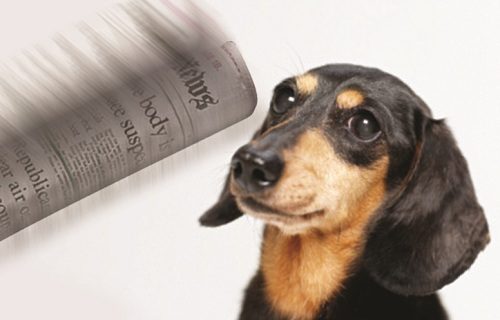 Animal ethologist, Marc Bekoff, Phd, writes in The Animal Manifesto: Six Reasons for Expanding Our Compassion Footprint, “Animals at play are constantly working to understand and follow the rules and to communicate heir intentions to play fairly. They fine-tune their behaviour on the run, carefully monitoring the behaviour of their play partners and paying close attention to infractions of the agreed-upon rules. Four basic aspects of fair play in animals are:  Ask first, be honest, follow the rules, and admit you're wrong. When the rules of play are violated, and when fairness breaks down, so does play.”

What Needs To Change to Keep Our Dogs Productively Social?

Never force: Take it slow with your dog or puppy. Don’t force him to face something he finds scary or unpleasant. Instead, gradually create a positive association with the scary situation until your puppy confidently and willingly meets the challenge.

Help Them Create Appropriate Distance: Because our dogs need to walk safely on a leash, create distance for them by moving away from other dogs and then evaluating that dog’s behaviour.  Read Calming Signals by Turid Rugaas to learn how to “arc” around other dogs to simulate natural calming behaviour.

Educate Yourself: Take classes where the dogs are treated with respect. Use positive methods that will instill trust in the dog and create safe and favorable associations with other dogs (and other people). Get help from a professional.

Safe Socialization Scenarios: In addition to puppy socialization, consider Day care for adolescent dogs. Many dog day care facilities offer play groups that respect each dog’s play style so that rambunctious players don’t mix with shy or quiet dogs. Your dog should be evaluated by a knowledgable staff member for play “fitness”. Or find a neighbor who’s dog has appropriate play skills that match that of your own dog and get these dogs together for play regularly.

Dogs need fences: Based on laws governing property rights and for the safety of our canine family members, we do need fences.  If your dog can see other dogs through windows or fences and their response is to bark, fence fight or become overly aroused, create a visual obstruction so the dog can’t rehearse this frustrated or territorial aggression. Many owners want their dogs to “see” the world go by because it’s the dog’s only boredom busting activity. Give your dog safe chew toys or problem solving “puzzle” activities. Take them for long runs in the park to work off excess energy. Interrupt fence running or window barking and take away the dog’s access to this scenario.

Dog Park? If your dog has a history of aggression or fear, do not take them to dog parks. Dog Parks are for the safe play of socially healthy dogs who have the right to play without being set up as “bait” for other aggressive dogs. If your dog is fearful, it is a short ride to aggression if even other friendly players approach them. Contact a behaviour specialist or trainer who will help you to find appropriate activities for your dog and who will teach you how to safely and compassionately improve your dog’s responses to other dogs.

Dogs discriminate. It is to their advantage to be able to decide who is safe to have contact with and who isn’t. Nobody’s dog needs to be friends with every dog they meet and if your dog “corrects” another dog for inappropriately dangerous social behaviour, don’t punish the corrector. A dog who growls or snaps at an unruly adolescent is well within their rights to teach the other dog what they are doing wrong.  The unruly dog actually needs this kind of response to learn the rules of social interaction. Move the dogs away from each other. Don’t let the “correction” escalate to self-defense.

Sharing is not a survival strategy. Don’t expect your dog to share valuable food or chew items. If your dog covers his filled Kong with his head, freezes and lifts his lip at an approaching dog, understand that this is normal dog behaviour and a productive communication to the other dog. The higher the value of the resource, especially food resources, the more likely a dog will actively guard them.  If necessary, separate dogs when offering high value chew items.

Be your dog’s advocate. Respect who they are and keep them safe.

There are still many dogs in North America and Europe that are dog friendly,  but, the scales are starting to tip towards a new “norm” where dogs have no practical social skills when it comes to getting along with other dogs. We are our dog’s guardians. We take on the responsibility to create lives for them that are safe, happy and productive. We need to become the facilitators of a good social education. We owe them at least that much.

Tune in next month to read the next column from Victoria and the Victoria Stilwell Positively Dog Training team!

Victoria Stilwell is a world-renowned dog trainer best known as the star of the internationally acclaimed TV series, It’s Me or the Dog. A bestselling author, Stilwell frequently appears in the media as a pet expert and is widely recognized and respected as a leader in the field of animal behaviour. Visit her official site at www.positively.com and find a Victoria Stilwell-Licensed VSPDT dog trainer here.