Over the last two months, K9 Magazine has brought you the story of travel writer and dog lover Paul Wojnicki as he set off to travel to and around Portugal with his family and trusty sidekick, his dog Falco.

This month the family conclude their journey and Paul shares more of his must-see places to visit if you decide to follow in his footsteps and holiday there with your dog.

After ten amazing days in dog friendly Lisbon, it’s time to head north again toward Spain and the ferry port of Bilbao. It’s possible to drive from Lisbon in a day but we opt instead for a more leisurely pace, checking out some of Portugal’s lesser known towns and sights on the way.

Our first stop is actually world famous, though I’m ashamed to say that as a travel writer I hadn’t actually heard of it until planning this trip. Perhaps that’s because it’s most famous as a religious site. Indeed the central Portuguese town of Fátima, pictured below, is visited by millions of pilgrims every month. Luckily for us most of these pilgrims visit on the 13th of each month, so we don’t have to worry about Falco being overwhelmed by massive crowds. 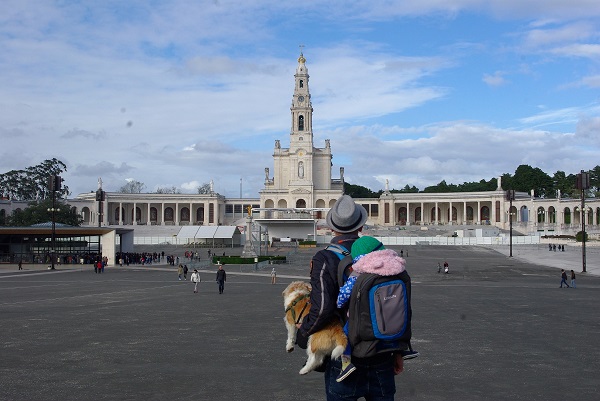 The city became famous after the Virgin Mary supposedly revealed herself to three young girls on the 13th May 1917. A total of six visitations then followed on the 13th of every month until 13th October that same year. Word of the visitations spread and the last of these “miracles” was witnessed by a crowd of up to 100,000 people, who had gathered at Fátima to watch a miracle that had been promised to the children.

Reporters and historians recollected watching a solar phenomenon in which the sun was seen to dance in the sky. As a result of its religious significance, the city has prospered and every other shop seems to be selling busts of the Virgin and Jesus while a huge basilica has been built on the site of the apparitions.

I’d never expect to be able to take Falco into a church but we are disappointed to find that dogs aren’t allowed onto the massive outdoor gathering area in front of the basilica either, which is a shame as it is so empty on dates other than the 13th of each month. Indeed it almost feels like a giant deserted parking lot (albeit with a church at the end).

So we explore instead from the sidelines and then head further north toward Viseu, an interesting hilltop city close to the border with Spain that I’ve heard great reports about. It will also give us a chance to report back on Pousadas of Portugal, a well-established luxury hotel chain in Portugal that also boasts an extremely dog friendly reputation.

But before reaching Viseu we pass through another historical city- or more accurately the ruins of a former Roman city; that of Conimbriga.

Often referred to as “Portugal’s Pompei”, Conimbriga, pictured below, is the country’s most important Roman site. It’s probably over ambitious to compare it to the famous ruins in Italy but the site is impressive nonetheless and we are pleased to discover that dogs are more than welcome inside. 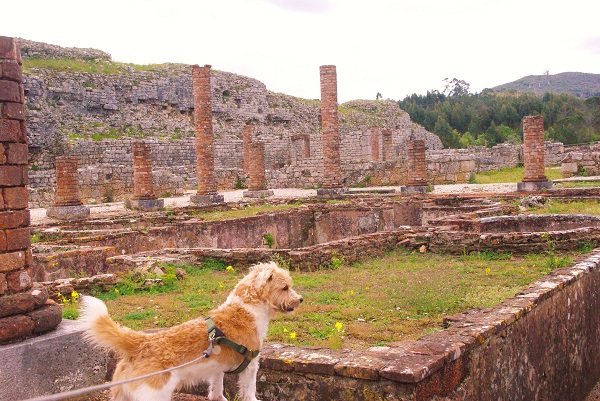 Only a fraction of the former town/city has been excavated and we’re able to explore it in under two hours. It’s amazing that even after 2,000 years the city walls are largely intact, and the mosaic floors and foundations of many buildings are remarkably well preserved.

Luckily there’s also plenty of grass on the site for Falco to do his business without soiling any of the treasures! There’s also lots of great looking walking routes in the area and we resolve to return here in a few years to explore the area in greater depth. And as only 10% of Conimbriga has so far been excavated - while the rest is being worked on- we might just find a completely different city next time. 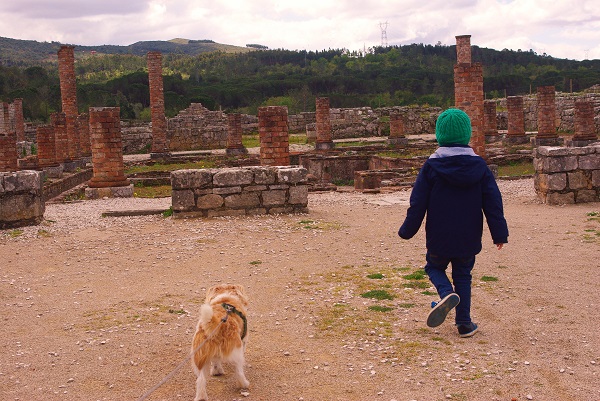 It’s amazing that even after 2,000 years the city walls are largely intact, and the mosaic floors and foundations of many buildings are remarkably well preserved. Luckily there’s also plenty of grass on the site for Falco to do his business without soiling any of the treasures!

There’s also lots of great looking walking routes in the area and we resolve to return here in a few years to explore the area in greater depth. And as only 10% of Conimbriga has so far been excavated- while the rest is being worked on- we might just find a completely different city next time.

We spend the night in a local hotel before heading the following day to Viseu, a medieval hilltop city in the middle of one of Portugal’s best-known wine regions. Here the streets are narrow and full of winding little alleys for Falco to explore and sniff. The sights and smells have him in his element and we move a slow pace admiring the Baroque mansions and renaissance architecture before eventually reaching the magnificent cathedral which sits on top of several massive granite boulders, a sight that is particularly impressive from the rear.

Afterwards we wander down to Parque Aquilino, to have a picnic and dip our toes (and paws) in the pond. This is a lovely park and one of many in the city. Indeed Viseu is regularly voted as one of the best cities to live in Portugal and the many green spaces boost its ranking considerably. If only we had time we would love to have explored the surrounding countryside as well, but alas we only have the one day and night so we contend ourselves with some socialising in the park before returning to another one of the grandest buildings in the city; our hotel. 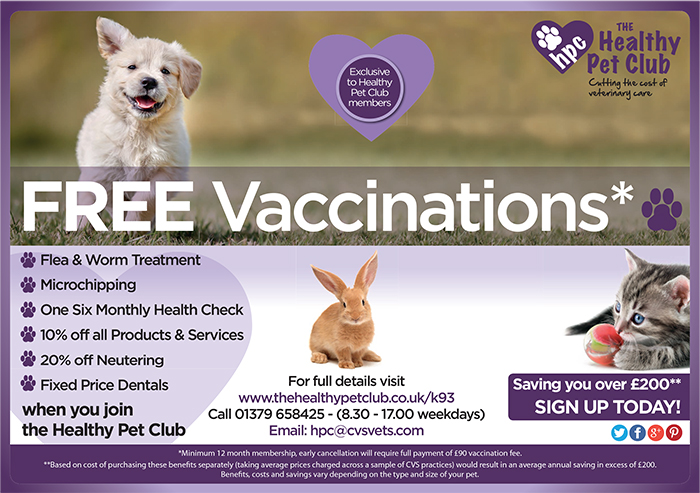 As I stated earlier Pousadas of Portugal have something of a reputation as a luxury chain in Portugal with a dozen or so historical buildings around the country being converted into five-star hotels. So it’s unsurprising that Pousada da Viseu has a reputation as the best hotel in Viseu.

It is certainly the most dog friendly I’ve ever stayed at in my life, our room coming complete with a complimentary Royal Canin bag containing a metal bowl, a full bag of kibble, poo bags with dispenser and other goodies. The room also came with its own doggy bed, and cutest of all a sign to hang on the door (think do not disturb) that read “Doggy in Room”. A really nice touch that we loved.

As for the rest of the hotel, it’s quite literally stunning. From the views of the old town and nearby parks to the magnificent cloisters that give the impression that you are inside of former palace or hacienda (the hotel is actually a renovated hospital). There are indoor and outdoor pools and rooms of the hotel dedicated to drinking fine wines in, or smoking the best Cuban cigars. It’s difficult to believe that massive double rooms in such an impressive establishment can be found for less than £80 including breakfast (with Champagne), but Portugal is one of the least expensive countries in western Europe.

Safe to say we are well rested enough the following day to drive directly back to the ferry in Santander but we prefer to drive at a leisurely pace and see as many things in between as we can, so we head instead to the university city Salamanca which is a little less than half way there. 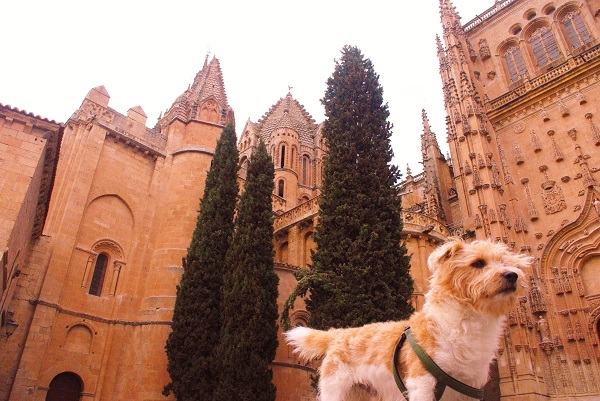 After the leisurely pace of Viseu, Salamanca, pictured above, feels very hectic, but the city is beautiful nonetheless. Indeed it’s one of the most beautiful centres in Spain, and little wonder that it has been awarded UNESCO status with a number of palaces, churches and ancient university buildings packed into the relatively small centre. Think Oxford or Cambridge with a Spanish accent; indeed Salamanca boasts Spain’s oldest university and is very popular for Spanish and international students alike. 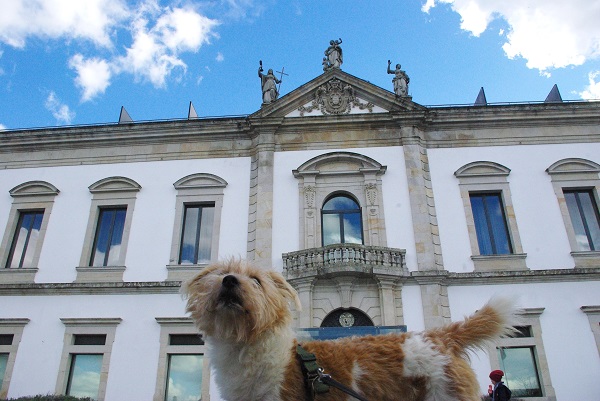 Pictured above, Falco at Pousada Viseu

As Spain can be problematic for dog owners we decide not to waste our limited time searching for a park to let Falco run in and we stick to wandering along the riverfront instead. Falco is determined to swim in the shallows so we allow a quick dip while he’s still on the lead. Whenever we are not familiar with the water we don’t let him swim out any further.

Afterwards he shakes himself dry and we explore some of the magnificent sandstone buildings that give the city its nickname of La Dorada - or the Golden City. We don’t have time to wait until the sun sets as we are booked into the ibis Valladolid (an hour or so closer to the ferry port) but when it does I’m reliably informed that these same buildings will be glowing red, orange and gold.

It’s hard to imagine that they will be even more beautiful than they are now, but we will just have to take the guidebook’s word for it.

Until next year at least. 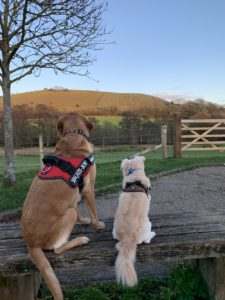 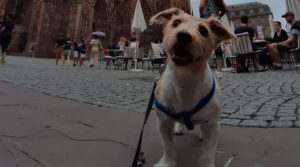