A dog rescued from the streets at just three weeks old repaid her debt when she led her owner to safety from a burning flat.

Michelle Little believed her neighbour of 25 years was trapped inside his blazing ground floor flat, so without hesitation she rushed inside the Hertfordshire home with loyal pet pooch, Idda, at her side.

During her frantic search, Michelle, who suffered burns to her hands, was helped by the Terrier cross who guided her out of the smoked filled building.

“When we were in there I couldn’t see the front door because we were surrounded by smoke,” said Michelle. “There were balls of flames and black smoke. I went to go into the kitchen but she led me out of the front door to safety. If it hadn’t been for her I could have been stuck in there. She didn’t seem shaken up or anything. She seemed to know exactly what to do - I was just panicking.”

Michelle, 46, thought she heard her neighbour call out from inside the burning Hemel Hempstead flat and attempted to get in but was beaten back by smoke and flames.

Thankfully, it was later discovered that the man was not inside.

Firefighters battled the flames and Michelle was given oxygen at the scene. She required treatment to her burnt hands but, thanks to Idda, Michelle escaped largely unscathed from the fire. 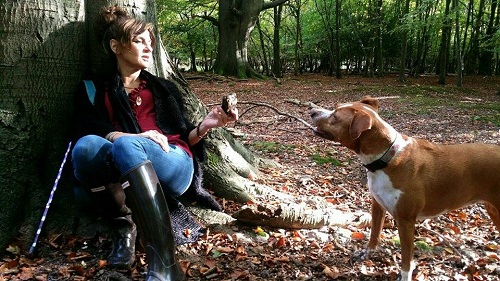 And it’s not the first time that the pooch, now seven years old, has come to her owner’s aid.

When Michelle once suffered an epileptic fit, Idda ran to a friend’s house, scratched on his door and led him back home where Michelle was losing consciousness.

“She is quite a clever little thing,” said Michelle. “She is very special, I can’t imagine being without her. I guess she thinks I’m her mum because I have had her since she was three weeks old.”

Michelle rescued Idda after coming across her in the car park of the complex that she was staying at with her partner on the Italian Aeolian Islands.

The pup’s mother was struggling to feed her six offspring, with Idda suffering the most.

“It was in the November so the storm season was on its way,” said Michelle.

“I just thought, she’s not going to live. I took her at three weeks old and fed her with a pipette every two hours, including all through the night, for three months. It was exhausting.”

Idda, which means ‘she’ in the local dialect, was struck down with a parasite infection at four months old, which led her to lose much of her hair and took more than a year to shake off with tablets and lotions. 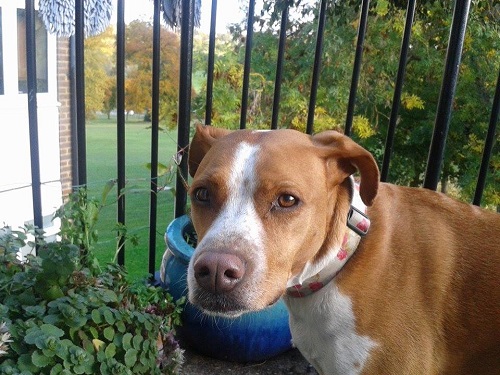 Then tragedy struck in February 2011 when Michelle’s partner and Idda’s ‘dad’ died suddenly from a heart attack aged just 47.

Heartbroken and also dealing with the news that her mother had been diagnosed with breast cancer, Michelle decided to return to the UK permanently with Idda. But what should have been a three day journey on trains and ships turned into a five week nightmare.

Michelle said: “I didn’t want to take her on a plane because I have heard the hold is very cold and very noisy and she is a sensitive little thing.”

But their journey was anything but plain sailing.

At one train station close to the border of Italy and France the whole region had been shut down due to a major gas pipe leak. 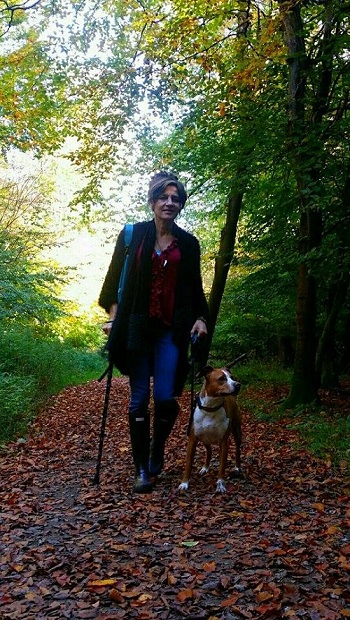 “When I got to that station it was like a refugee camp,” said Michelle.

But the worst was yet to come.

When the duo finally arrived at Calais, Idda’s microchip was not picked up by scanners, which meant they were not allowed to board the final ferry home.

Her chip had to be removed and sent back to the makers in America to verify it and check for faults, before Idda could be fitted with a new microchip.

With little funds and nowhere to stay, Michelle and Idda spent the time in a leaky tent on a campsite. 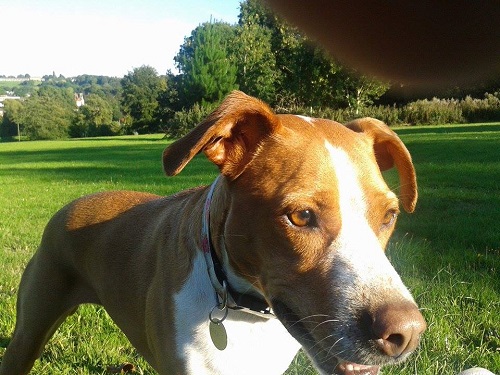 “We would just curl up,” said Michelle, who refused suggestions that she should leave Idda behind and continue on her journey home alone.

Thankfully, Michelle was helped by workers from P&O Ferries, who gave her their lunch vouchers and, dog lovers themselves, handed over dog food for Idda.

“When we finally got to Dover it was unbelievable. I couldn’t stop crying,” said Michelle.

“People say, it’s only a dog, why did you put yourself through so much hell, but I would have done anything for her. She has had quite an adventure.”

Want a reliable company who can ensure you complete fire safety with the help of their trained professionals? Then click on Fire Watch Services Near Me.

Victoria West is a freelance journalist based in Hertfordshire.