Maria Thorisdottir lives in Surrey with her Golden Retriever, Theo who has taken a starring role in her training videos on Instagram during the lockdown.

Maria and her team are having a pretty great season. With the league cup already in the bag, they’re sitting pretty in number two in the league and have a good chance of winning it, Maria believes, when the season re-starts.

Originally from Norway, the Chelsea defender chatted with K9 Magazine about the differences in owning a dog in the UK compared to Norway and spoke candidly about how Theo helps her cope with the ups (winning trophies) and downs (spending time off the pitch with injuries) of life as a footballer.

Hi Maria, thanks so much for your time. Theo has become a bit of a star in his own right, getting involved in your training sessions during the lockdown. Tell us all about him.

Hi! Theo’s a Golden Retriever and he’s just over four-years-old. He’s the perfect dog for me.

Wherever I go, he's always around my feet. Sometimes I feel like he's a human, in a way. He's just a really good dog. 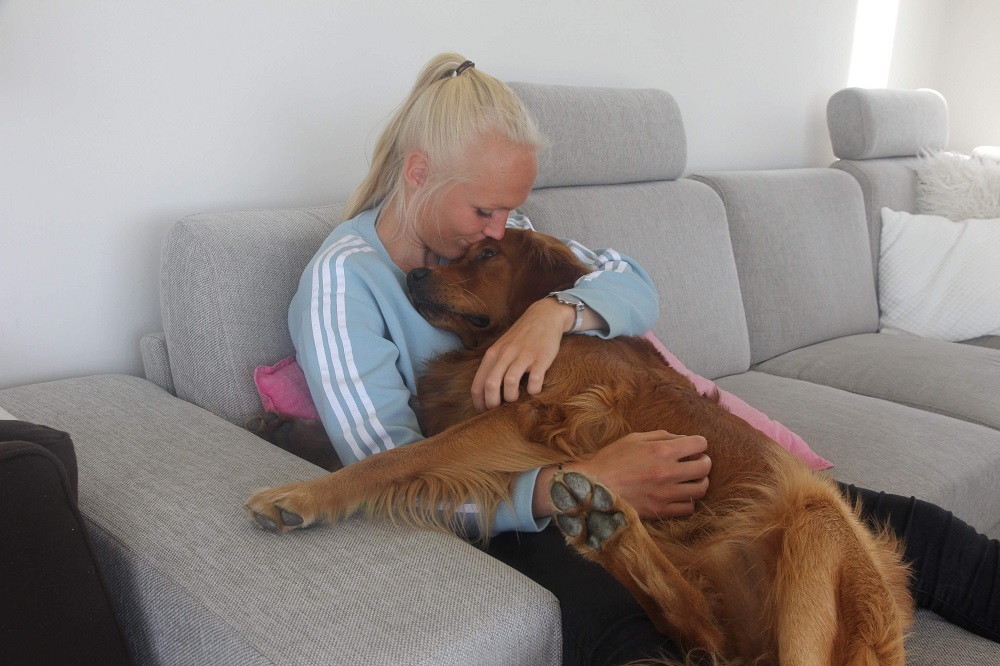 What made you choose a Golden Retriever?

It was a movie I saw when I was a kid that drew me to his breed. They had a Golden Retriever in the movie and I always said ‘this is the dog I want’.

Is he your first dog?

He is. I was never allowed a dog until I moved out so soon as I moved out, I got Theo. 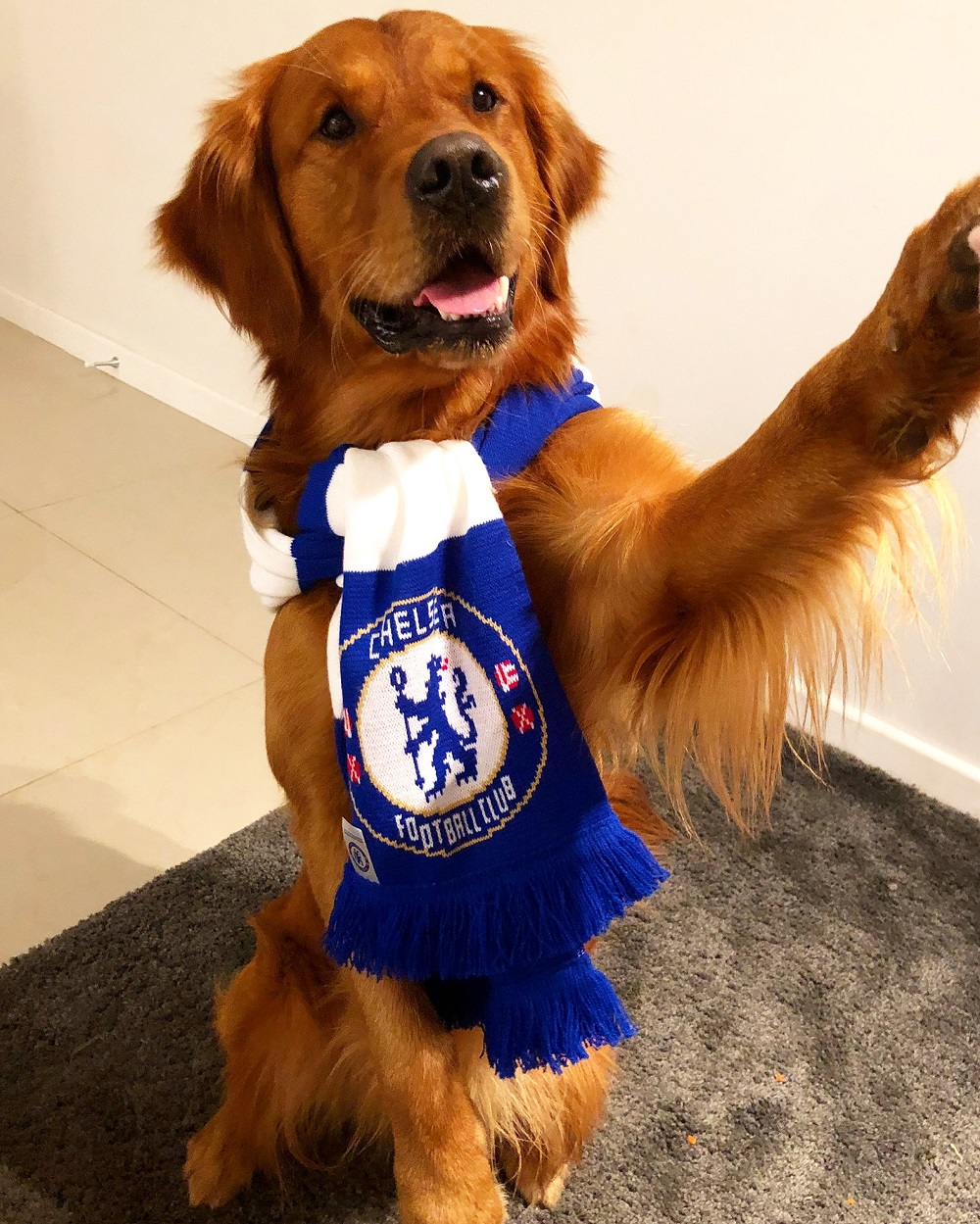 As a footballer, there must be quite a lot of pressure on you week in and week out. It’s the kind of job that has big expectations, isn’t it? How does Theo help you cope with the pressure and injuries?

Yes, if you have a bad game or if you had a bad day, you come home and he doesn't ask questions, he just makes you smile again. 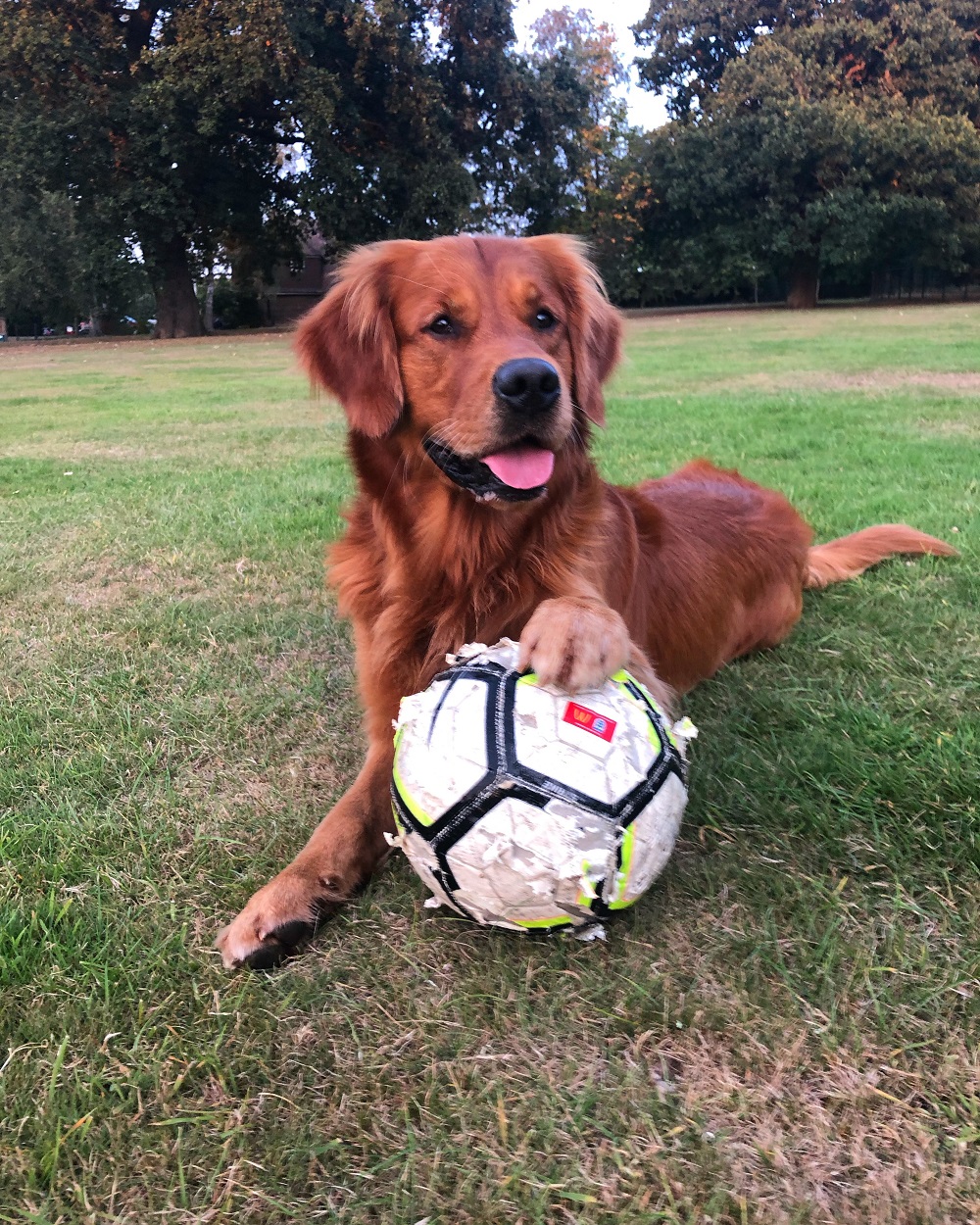 My dad always says Theo’s like a therapist because he’s been that for me. When I got him in 2015 I was injured for two years and struggling a lot. He was a lifesaver because he makes me think of other things.

How different is life for dogs in Norway vs the UK?

There’s actually a big difference, yeah. Norway's a bit more strict on walking dogs, for example, it's not as dog friendly as it is here.

I mentioned your training videos and Theo’s appearances. What makes him a good football training partner? My own dogs are a nightmare. One traps your legs and takes your legs out from behind and the other went through me, like I wasn't there, to get to the ball last year.

(Laughs) He loves when I kick the ball and he goes to catch it. Because of his size, he’d be a good goalkeeper.

I think everybody should have a gym partner like Theo Agree?‍♀️

Your season is going pretty well, you’ve already won the league cup and you’re number two in the WSL. What do you think will happen to the rest of the season?

We’re hoping it will come back soon, maybe in the summer, but no one really knows for sure.

I always say that these are probably questions you won’t have been asked before - and probably won’t be again...but hopefully you will find them fun to think about…

If you were to swap roles with Theo for a day, what would you love most about being him, and how do you think he’d cope as you?

I think he would enjoy the attention, to be honest. I walk him a lot and he has a good life, really.

It would be funny to be him for a day to see what he thinks about things. 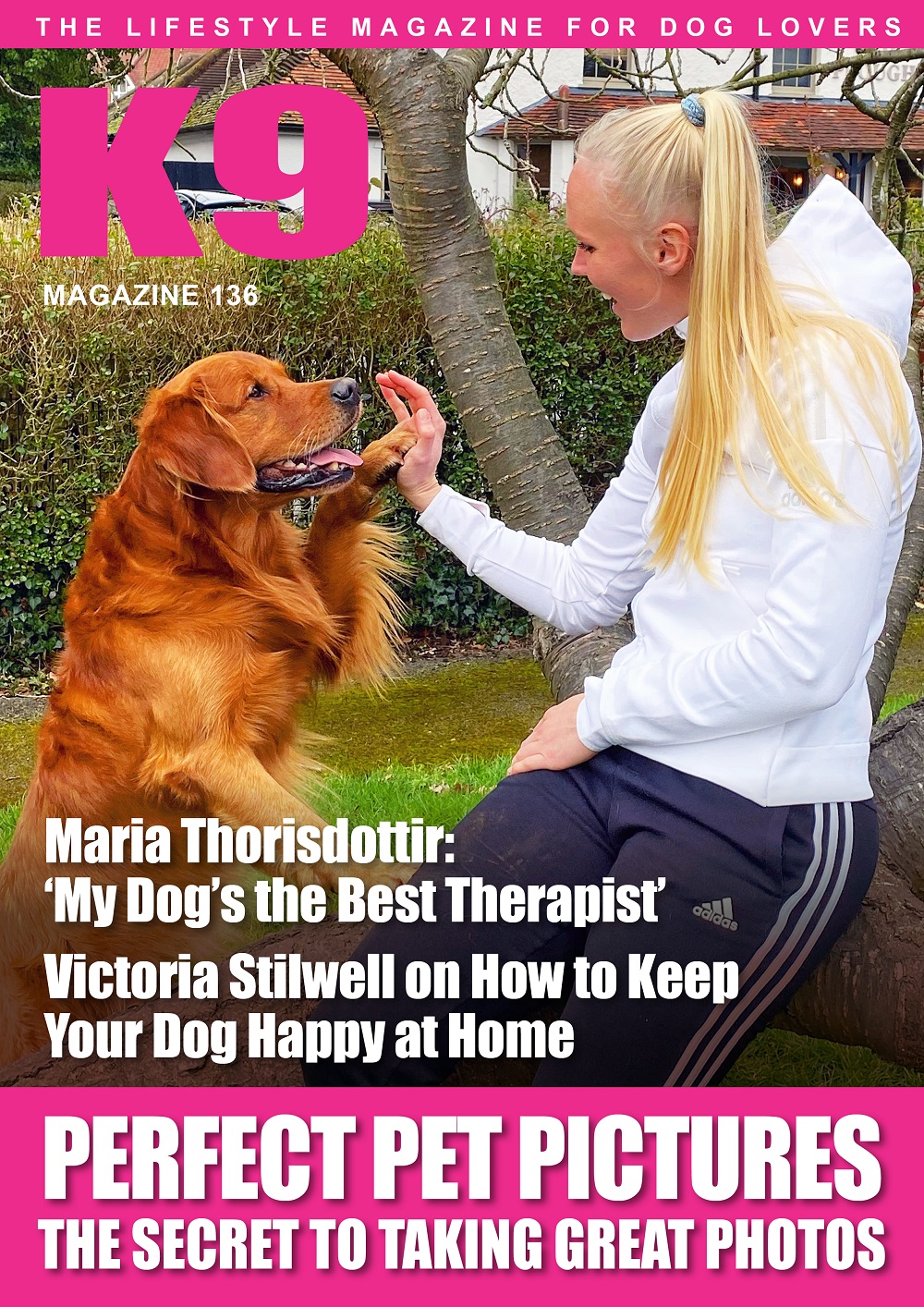 We ask all of our celebrities this question, it’s all in the name of fun. Based on personalities alone, which breeds of dog come to mind when you think of these celebrities?

I actually think I would be a Golden Retriever because I like being around people. 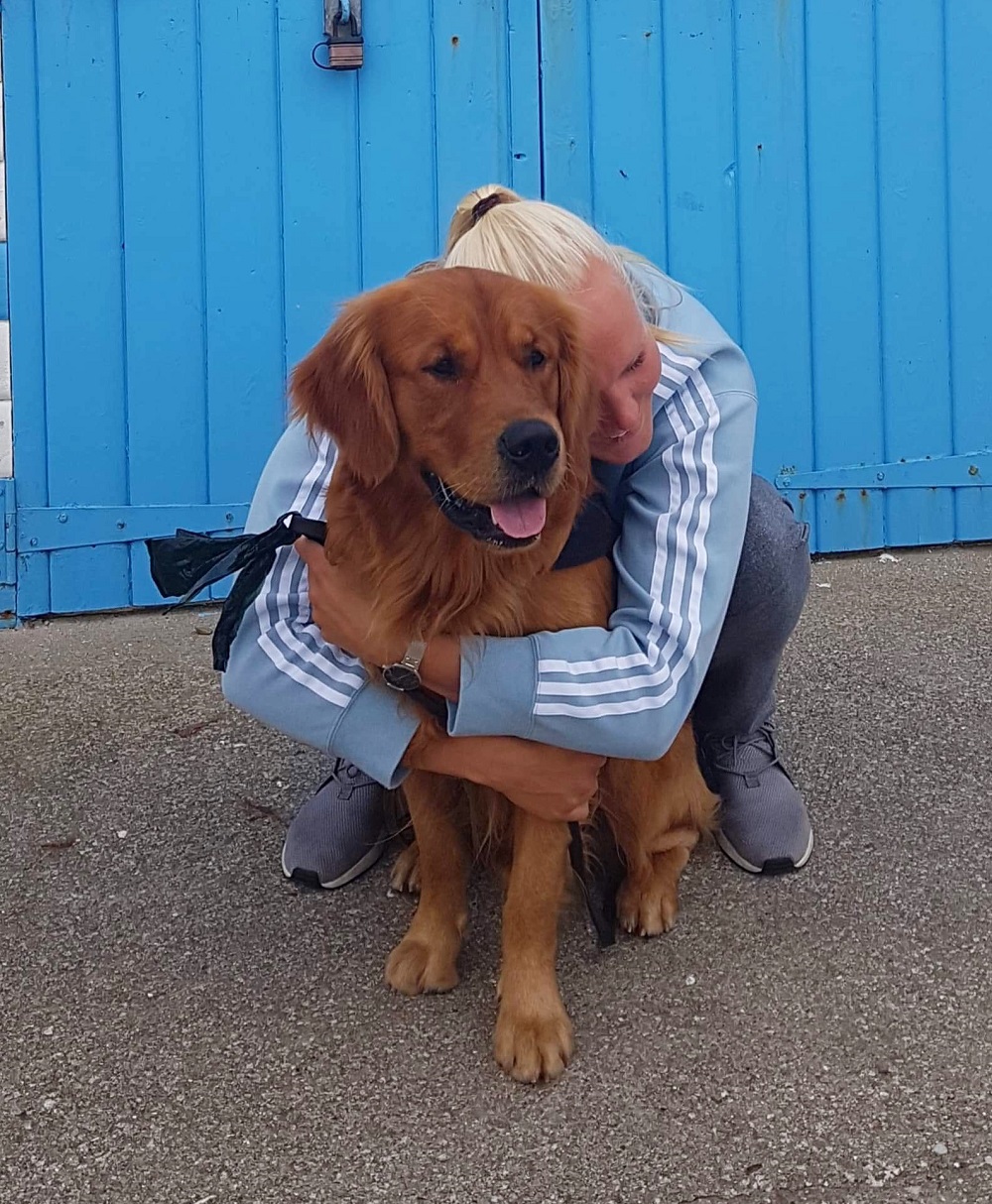 Where’s Theo’s favourite place in the world to be?

His favourite place is anywhere there’s a river or some water because he loves to swim.

We have a river over here and people stop and watch him because he loves to dive and swim underwater. Sometimes I feel like he’s a fish (laughs). 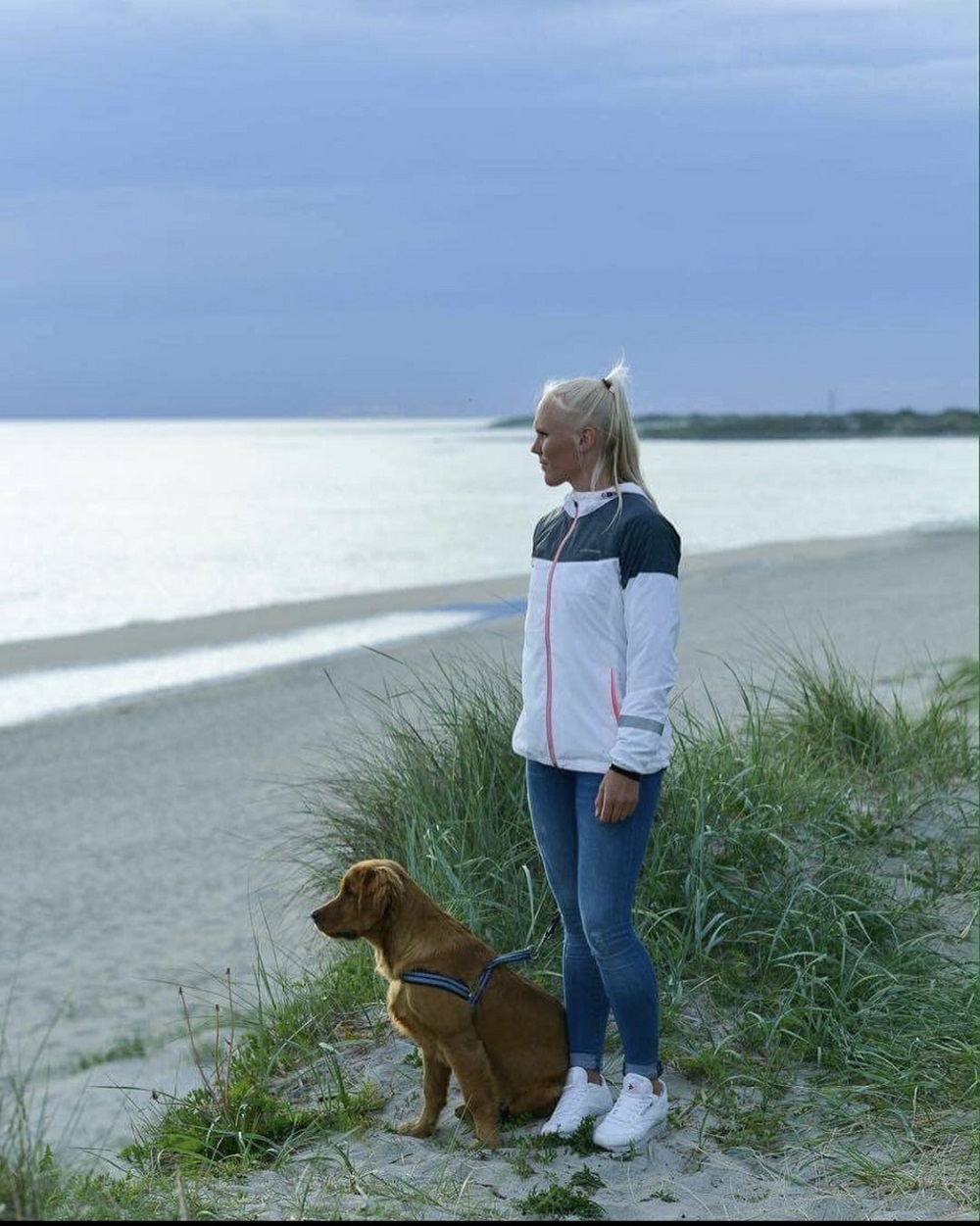 And they’re happy all the time, I think we could learn something from that.

Finish the following sentence, my dog is…my world. He’s everything to me. I don’t know what I would do without him. 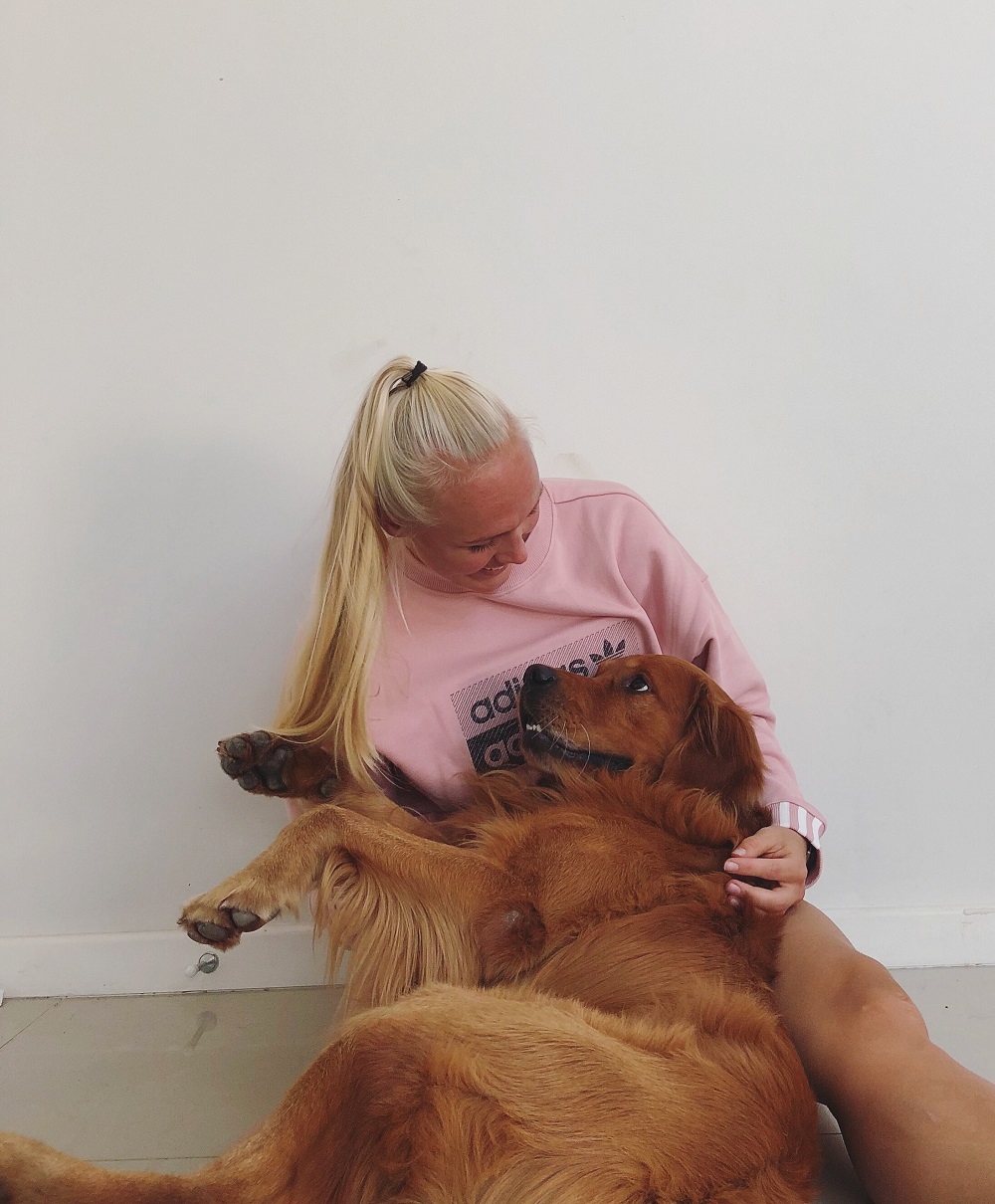 And finally, this is always a tough question so you might need some time to think about it...but if you could ask Theo one question and one question only, what would you ask him and what do you think his answer would be?

(Laughs) I would ask him if he’s happy with his life and I’m doing a good job, giving him what he wants. And I think he would say yes.