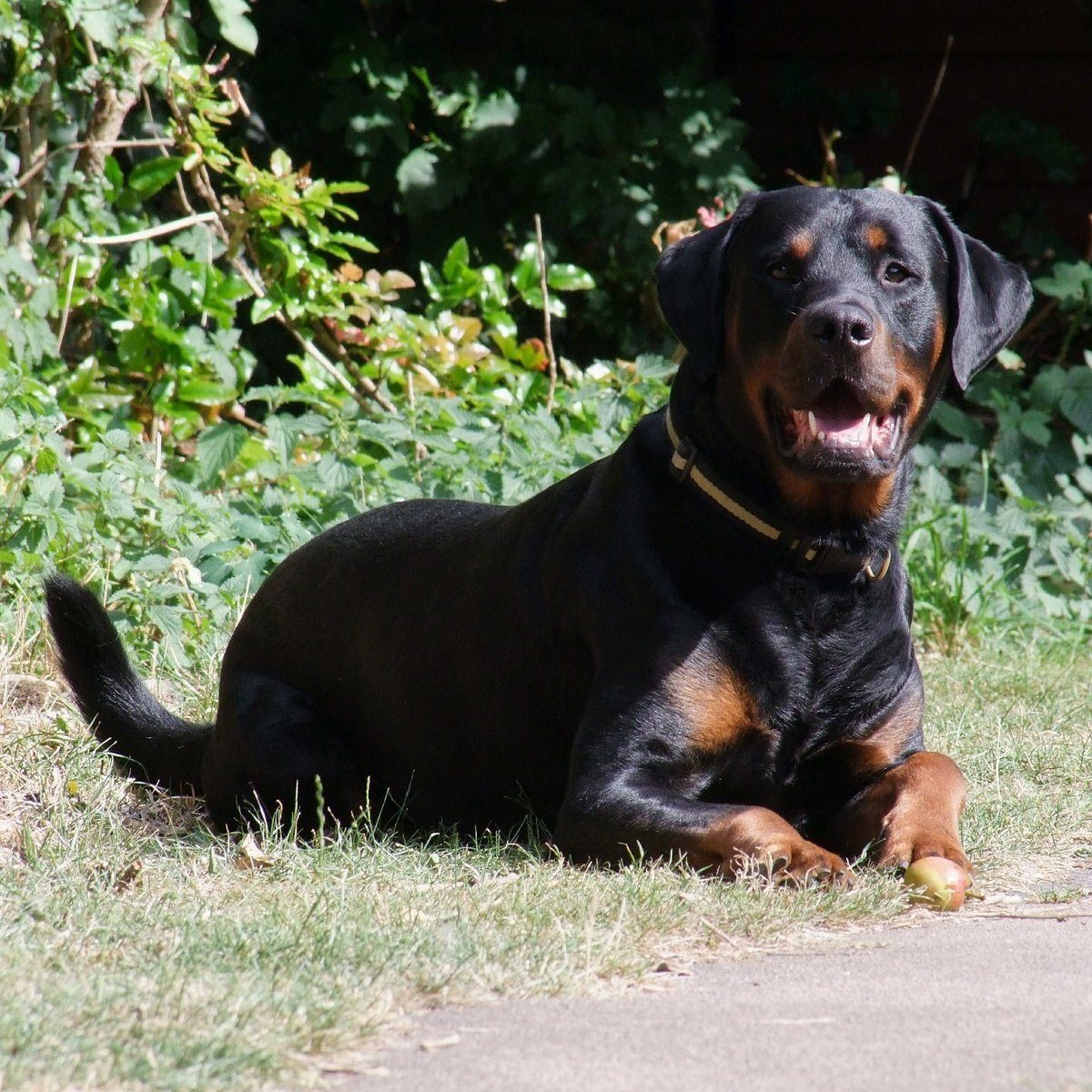 Those who know me well know I'm a fairly tolerant person. I let most things pass over me in a cloud of serenity and shoulder shrugging calmness. It would be fair to say, though, there is one thing in particular that can send my mild mannered disposition into a haze of swearing and red-faced rage. Wires. I will go on record right now. I detest wires. The way they tangle. The way they can get in a massive mess without, it would seem, human intervention. One minute they're all straight and ready for use, the next they're a ball of twisted fury. Hate them. Passionately.

Now we live in an era where we've got wireless Internet. We've got cloud computing. Machine 2 Machine communication via The Internet Of Things and much of our lives have been de-tangled. Not a moment too soon, I say.

When you live in a home with dogs, wires can be a problem from the moment you bring home a puppy to the moment your three larger dogs manage to have a rumble under your desk and bring the entire contents of your desktop, including lamp, laptop and TV crashing down.

I know we're not there yet, but it seems to me the goal of all human endeavour should be focussed toward a truly wireless world. Do that and I for one will be a happy man.

When it comes to things that are untethered, I find I'm more willing to use them more often. Wireless vacuum cleaners seem so much more appealing when you know you can just pick it up and off you go. I mean, if the world's biggest rock bands can play to a sold out stadium without having to step over instrument cables then is it too much to ask that all of my everyday household appliances be free from the tyranny of cables?

When it comes to outdoors, wires are even more of an obstruction because now we get into the realms of the dreaded extension cable. If you think I hate 'ordinary' wires, extension cables are just about the absolute zenith of my ire. So, wait. I have to plug in a massive, bulky, tangled up cable to the inside electrical supply, open a window, thread the dirty cable over my sink and then bring my outdoor appliance close enough to get some power to it? Do I even have enough range to reach the back or do I need an extension cable for the extension cable? No thanks.

Having dogs means I have to keep the lawn in a decent shape. In the British weather, with its fondness for complimenting very hot days with very rainy days - sometimes it'll do that even on the same day - there are times of the year where the lawn can run away with itself. You could almost sit there and literally watch the grass grow. For one of my dogs in particular, longer grass is not her thing. She'll do all she can to avoid stepping on untrimmed grass. A little game of hop-scotch around the patio, up the steps and over the rockery, but her paws will be kept away from that slightly long, slightly damp grass. So I need to keep the grass in check and that means doing the lawn regularly.

My kingdom for a wireless lawnmower! According to FindStringTrimmers, "cordless designs either use a battery or an engine, with the latter being much heavier than the former. Using a battery is often the default choice for most people since it gives them full freedom of movement while adding barely any weight to the trimmer itself."

Ahh, you may say, but they already have those. They're called petrol lawnmowers. There are a few major differences to consider before deciding getting electric or gas string trimmers.

I know. I have one gas lawn mower.

See, petrol, unlike electricity, needs to be purchased specifically. You fill your car up and then fill up a little petrol can and repeat. Not so inconvenient is it? Well no. But for me it's the principle. Here we are at the pinnacle of technological advancements where we've got electric cars and pilot-less drones and I'm having to go the petrol station because I want to cut my lawn? Come on. We're better than that!

A wired electric lawnmower is a nightmare for me. Constantly checking to see whether or not I have to untangle it from the bush in the middle of the garden, check whether I've got enough line. Make sure I've not trailed the cable around the washing line and pulled the whole thing down. I must remind you. I hate wires and this is the sort of thing that plays on my mind before I even begin the job itself. Cutting the lawn should be a relaxing experience. The chance to listen to music (through my, you guessed it, wireless headphones) and enjoy 30 minutes of me time. Wires prevent this.

Up to now, I've had a petrol lawnmower and I've enjoyed it. Except for the part about having to buy petrol, the smell and the noise.

So why in this day in age can't we have the best wireless technology powering a lawnmower? I mean, it's literally the most relevant place for where we need wireless appliances?

Fortunately, we now do.

The good people at Gtech have realised that I, and people like me, want to live in a truly wireless world and they've made a lawnmower that has all the best bits of electric and petrol. That is; it's wireless but also powerful. Knowing that most pet owners will have a garden of some form they sent us their Gtech Falcon cordless lawnmower (RRP £299) so we could review and put it to the test.

When the mower first arrived, it was thoroughly inspected by all.

Assembly was simple and the lawnmower attracted yet more attention.

After unpacking I topped up almost full charge in the 36V Lithium-ion battery that's shaped like the sort of bottles you see on a bicycle (they make those too, see). You can monitor its charging process by watching the circle of lights visible on the front of the bottle when it's ready to go all lights are visible - these flash in four quarters around the large green button in the middle of the battery, as shown below.

Thanks to the existing charge in the battery I waited around an hour compared to the estimated 5 hours if there's no charge at all, and plugged in the battery to the already constructed mower. When fully charged, Gtech estimate you will have around 40 minutes of runtime which they says is enough to mow 384m2 (4,132ft2) or the average garden twice on a single charge.

I'd deliberately let this grass get a bit rowdy. I wanted to see if this new mower could do the grunt work my petrol one could.

Don't get me wrong, now I've got a wireless mower I'm not going back to anything else - that was my thought process. Even if this turns out to merely roll over the grass and give the impression that I'd cut it - we're wireless now and we'll be staying that way.

The mower allows you to adjust the blade height from 3cm to 8cm in 1cm increments so using a very simple lever, which looks like a gear stick, I adjusted and away we went.

It's all very intuitive, I didn't read the instructions before beginning to test it's simplicity and just how intuitive it was. That's my story, and I'm sticking to it.

The mower was significantly quieter than my rumbly, grumbly electric one. More of a loud hum than the sound of a man perpetually falling downstairs in a steel drum. I didn't even need to turn my wireless headphones up to 11. I could comfortably hear my tunes at a level safe for human ears. Good start.

15 minutes later my lawn was cut and I was one very, very happy man. Every challenge I set for the Gtech mower it handled with the elegance one would expect of an electric mower combined with the formidable delivery you'd expect from a more powerful petrol fuelled tool. The 40 litre capacity grass cuttings basket fitted in ergonomically and there was not the usual battle with detaching it that I was getting with my petrol mower. Everything was just so simple.

It was clean. It was convenient. It was quieter. It was the future and there's no way at all that I'll ever go back. I might cut my lawn more often now it's as straightforward as this.

Would I recommend? If you hate wires, yes.

You do notice a slight difference in power when compared to the petrol mower (my dad, for example, tried it and chose to finish the job with the petrol mower because he noticed the power fading and I think you get used to a certain feel), but compared to an electric mower I'd say it definitely shines, wireless or not. Now, I'm reading articles like https://www.gardenseeker.com/lawn-care/repair/scarification/ to prepare myself for the repairs that I will need doing done the road. After all this is a different machine and I can't rely on my old knowledge of petrol lawn mowers.

Wires be gone. Thank the untanglers at Gtech. You've made me very happy. Now, please get to inventing the rest of the world. Wirelessly, of course.