Cases of arson, murder, ritual killings, kidnappings, drug smuggling and even fraud would to this day be unsolved had it not been for the assistance of the canine and his nose. The world over, law enforcement agencies are relying on their dogs to find that elusive spot of blood or trace of petrol in order to seal a conviction. Here, K9 Magazine takes a look at some of the most remarkable cases and the canines that solved them.

The simple fact when it comes to crime is that criminals will go to any length to hide their wrong doing. Whether it is a drug smuggler concealing his cache in the body work of a car, or a fraudster burning down his business, the police all over the world need to be aware of what they can’t see. 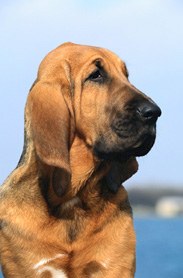 This is why dogs are such an invaluable resource in the fight against crime. They can use their noses to pick up just about any scent we need them too, from a firearm buried in a garden to a thief hiding in the woods.

Peter Downey of Top Dog Security trains detection and patrol dogs for all situations. He explained to K9 Magazine the advantages of having a well trained team of dogs at his disposal.

“A dog’s olfactory senses enable the canine unit to search large areas far quicker, more effectively than any man or machine, therefore making them invaluable against the war on crime.”
On the subject of narcotics detection, Peter explained why he needs two types of dogs to catch people in possession of drugs.

“We use gun dog breeds for this, such as Labradors and Springer Spaniels. We have two ways of using our dogs. Passive detection dogs are trained to locate narcotics concealed on a person without direct contact with that individual. Pro-Active detection dogs are trained to search areas including buildings, vehicles, open spaces, ships, aeroplanes and nightclubs for drugs.”

Top Dog Security also supplies dogs to the police and security industry. On this subject, Peter clarifies just why criminals rarely get away from a trained security dog. “The criminal knows he cannot hide from a dog, he knows he cannot out run a dog, and if he is stupid enough to fight one of our dogs he will be pitting himself against a formidable opponent.”

With such sophisticated crimes as money laundering and exotic animal smuggling becoming more and more of a global problem, the services and functions provided by dogs are becoming more and more diverse as a consequence. Dogs are now trained to be able to detect different currencies, discernable by the inks and the papers used as well as certain breeds of animal that may be subject to illegal importation.

In August 2001, the case of missing Philadelphia woman, thirty six year old Kimberly Szumski took an unexpected turn. Unknown to the investigation team, Szumski’s estranged husband had murdered her three months previously. Upon murdering his wife, he shrink wrapped her body in plastic, buried her under some cinder blocks and cemented her into a wall. All of this was done without raising a single eyebrow amongst the team of construction workers he was with at the time, such was the effort put into concealing his doings.

Three months passed and as a course of routine, officers entered the property in order to speak to Szumski’s husband. The building was unfinished yet deserted. This is when the call was put into to obtain the services of Eagle, a mixed breed detection dog operating within the canine solutions international group, an organisation who specialised in training detection dogs.

Through over four feet of concrete and shrink wrapped plastic; Eagle detected the decomposing remains of Kimberly Szumski. He alerted the team who pulled down the wall to reveal the body of the missing woman. Her husband was subsequently arrested and charged with first degree murder.

In the height of the Australian summer, thousands of music lovers descended onto the country’s biggest outdoor concert ‘the big day out’. With complaints about drug use and drug dealing arising from previous concerts, Sydney’s police force were in no mood to tolerate the presence of narcotics in the city.

In a meticulously planned crack down on drug use, Sydney’s police dog handlers approached the venue, Olympic Park, with the intention of singling out the drug using few. Little did they know that thanks to their four legged colleagues, there would be record numbers of arrests with over 355 people found with drugs on them resulting in over 250 arrests.

Case 3: November 2001: Seneca County, New York.
Early in the morning on the 5th November, a fire starts in the home of Eric Parsons which kills his wife and four young children. Witnesses watched in horror as he attempted to save his family from the fire, but Parsons’ heroics were in vain as his wife Cheryl Parsons, 23, and the couple’s children: Erica, 6; David, 4; Eric Jr., 2; and Katelyn, 1 all perished in the blaze.
On first look the fire seemed to an obvious tragic accident, the type usually caused by faulty wires in the home. Only upon bringing in detection dogs to locate the source of the fire, did foul play become a possibility in the minds of the team of investigators. German Shepherd dog Alex signalled at a car parked nearby, belonging to Eric Parsons, before he entered the building, suggesting that there were traces of accelerant on the vehicle. Of course, cars always contain traces of petrol, but when given an opportunity, Alex gave a firm signal that there was presence of an accelerant on the driver’s seat.

Investigator Dale Moone of the State Office of Fire Prevention and Control’s Arson Bureau explained what happened when they entered the house. “Alex indicated he’d found an ignitable liquid accelerant — the only thing he’s trained to find — by putting his nose on it and then sitting. In the case of a burn pattern, he may slide his nose along its length before sitting down.”

A further nine spots of liquid accelerant were found by Alex in the home, on the clothes of Eric Parsons and on the beds of his children. He was convicted of second degree murder and first degree arson on the evidence submitted by Dale Moone.
Case 4. 1977, Buffalo, New York. The birth of the scent Sleeve.

In the winter of 1977, the fatal shooting of a police officer at a hotel inspires officer William Tolhurst to come up with an invention that revolutionises the scent detection process. As part of a large team arriving at the crime scene, officers locate an article that was carrying the scent of the fugitive killer. However, one of the bloodhounds in his eagerness contaminates the scent and renders it useless.

The only evidence the police had that would help them track the killer was now ruined. This problem lead officer Tolhurst to come up with the ‘Scent Sleeve’. A receptacle that not only keeps the scent free from contamination, it also makes the scent portable. The olfactory sensors in the dog’s nose are so strong that a blast of air across the scented item, captured in a receptacle still contains enough of the scent for the dog to be able track down a suspect.

A decade later, Tolhurst developed his theory so that any area that could contain an important scent, such as the location of a fire suspected to be arson, could be swept with his device and stored indefinitely. This meant that if an accelerant was used to start the fire, the scent sleeve could be presented to a dog for identification. Rendering all crime scenes portable meant that the dogs used in scent detection could effectively demonstrate in court as ‘witnesses’ what they do at the crime scene, years after the crime.

William Tolhurst explained the importance of scent to the law enforcement agencies.

“Scent is one piece of evidence that must be present at the scene of a crime. The criminal may walk on a concrete floor and leave no tracks, wear gloves and leave no fingerprints, but unless the entire area has been burned, he still leaves scent.”

Sniffer Dogs in the News:

Police dogs taken off duty after having pups