Dogs are great, aren't they? If we took note of our dog's actions, I bet we could quite easily fill a notepad up with things we could learn from them.

My dogs make a difference in my life, their presence is all too felt when they leave so I know this is true. When I'm feeling sad, I'll think of a fun memory - or right on cue Christopher will walk past with two toys sticking out of his mouth (the greed is to avoid anyone else taking them) - and my mood is brightened. When I'm feeling anxious, an impromptu grooming session can have a calming effect. 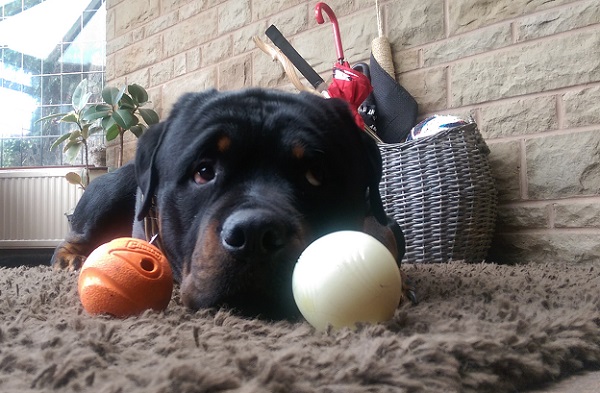 A recent study published in the American Journal of Veterinary Behavior examined the effects of companion animals on human health. The research project focused specifically on the effects of pet dogs on families with children with Autism Spectrum Disorder (ASD).

The research involved families who had taken part in a previous study, which examined the short-term effect of a pet dog on families of a child with autism with researchers following up with the families two and a half years later in order to determine the longevity of the benefits of pet ownership.

The study demonstrated that initial results of reduced family difficulties lasted years beyond the early stages of acquiring a dog and that stress levels continued to experience a steady decline.

Professor Mills from the University of Lincoln, who carried out the study funded by the US-based Human Animal Bond Research Initiative said, "Stress associated with parenting a child with autism continued to decrease among dog owners over time, but we did not see the same reductions in families without a dog.

This long-term follow up study highlights the potential benefits of pet ownership in bringing long-term improvements to the lives of families living with a child with autism." 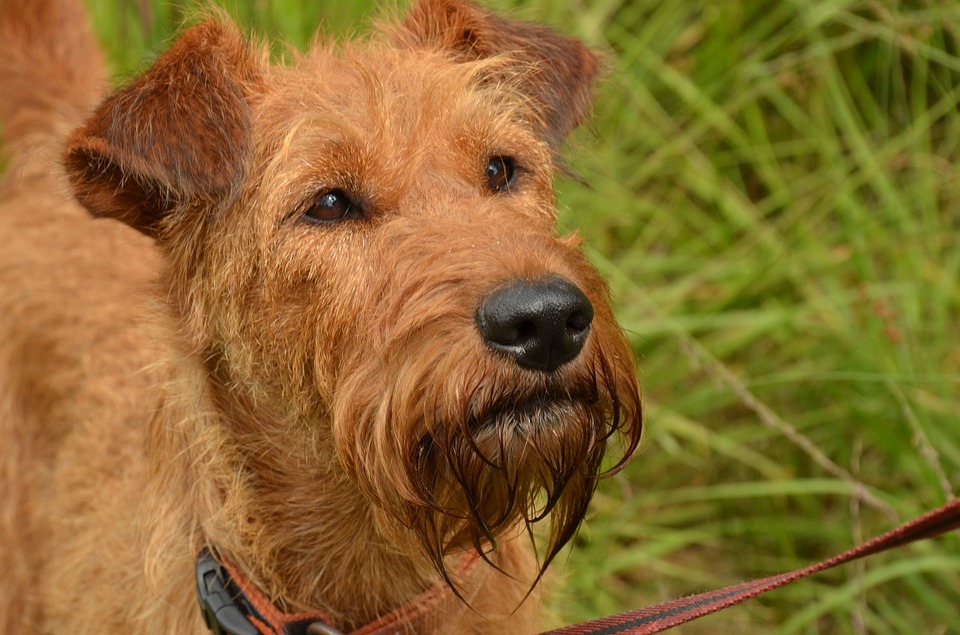 We wanted to find out more about the role a dog can play in someone's life who has been diagnosed with autism.

Frannie Sheinberg, 22, from San Marcos, Texas, was first diagnosed with autism in elementary school and has recently got a dog, Titan, who she credits with making a big difference to her life.

She told us she wants more people to understand the calming benefits of owning a dog and explained how her dog is teaching her to show love.

Hi Frannie, thanks so much for sharing your story with K9 Magazine. Tell us about Titan.

Thank you for speaking with us, we're happy to share our story. 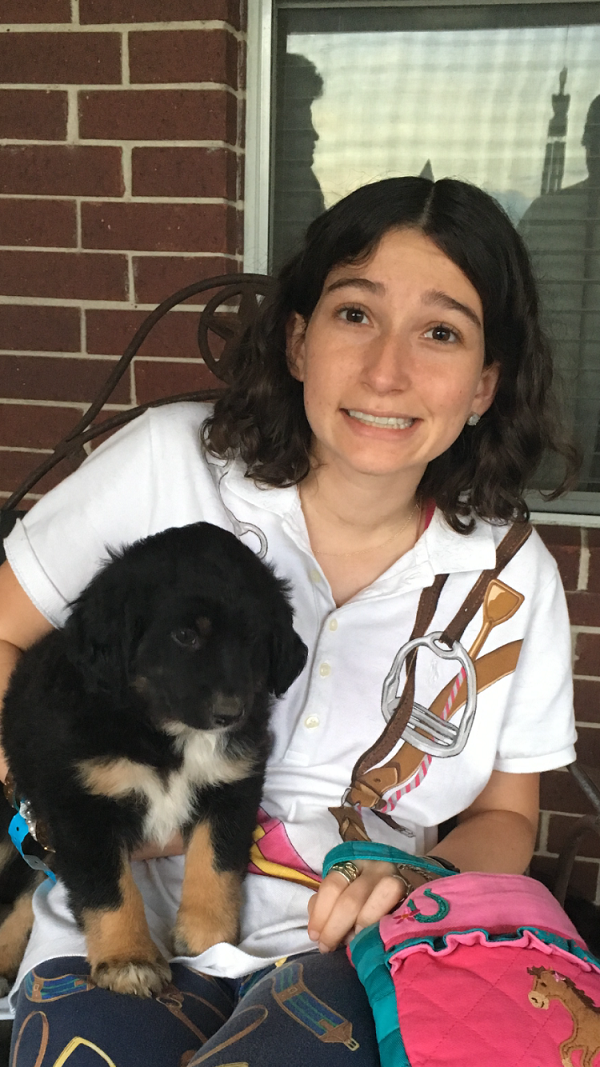 Before you brought Titan home, had you heard that dogs can help owners with autism?

Yes. I've known animals to always be calming to me and had heard stories from others on the spectrum but he's my first dog.

It's clear you have a real bond. Can you tell us about any specific ways in which he's helped you?

Anytime I'm upset and I see him I instantly get calm and in fact, just being around him calms me.

Also, he helps me show love.

I don't like people getting too close to me but Titan has helped me become more comfortable with people. A couple weeks ago I was crawling around the floor with him and we both looked at each other and I hugged him. I felt so loved and I'm sure he did too! 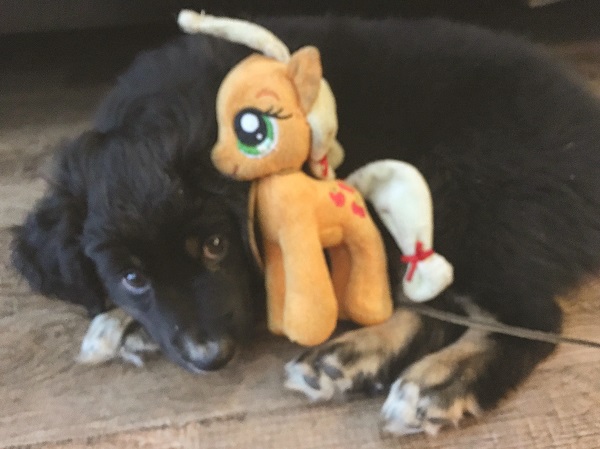 Before Titan did anything help to calm you to the same extent that he does?

The only other thing that calms me like Titan does is water. Being in rivers and pools or baths really calm me too, but just while I'm in them, not after I get out.

Thinking of a time before him and knowing what you do now as a result of his companionship, how do you think you would cope without Titan?

It would be harder to control emotions and I would lose my only outlet of affection. Anytime I think about Titan, I get super happy and I would be really sad without him. 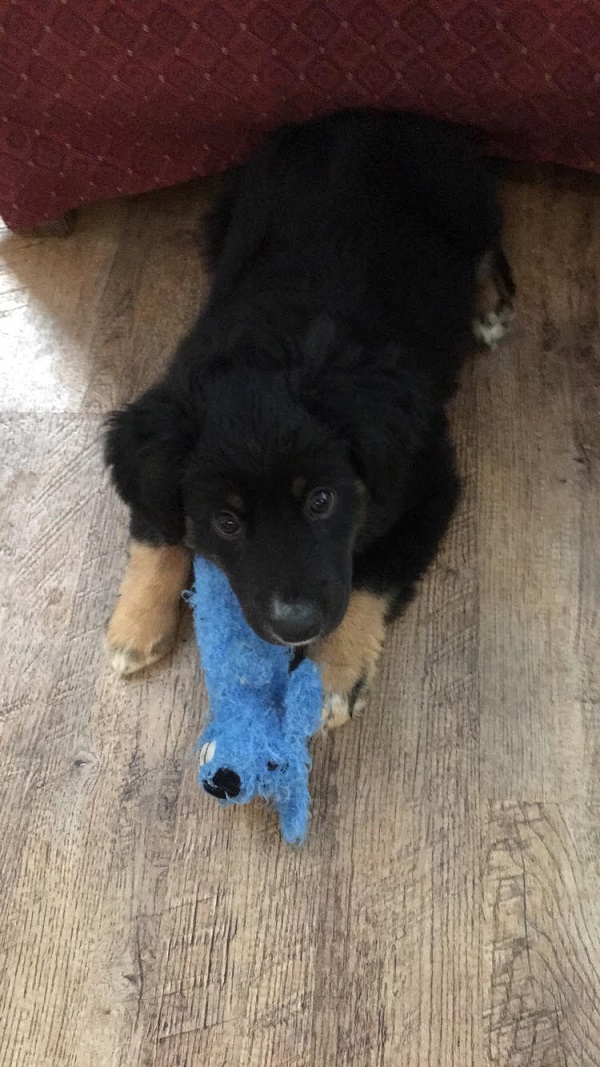 Do you think others who have autism can experience similar benefits through owning a dog?

Yes, I'd like other people to be more open to the idea of dogs helping those who are differently abled. Through our story, I hope that others see the importance of how dogs can help calm emotions.

Titan has shed such a positive light on my life and I want others to be able to experience that. There is a special kind of joy that only a dog can bring a person!