There's probably not a dog owner alive who hasn't witnessed their pet going through the obvious, physical motions of a, particularly energetic dream.

Equally, there's probably no dog owner who hasn't asked themselves the question; 'I wonder what my dog dreams about?'.

Do Dogs Really Dream As Humans Do?

We've all seen the characteristic leg movements, eyes and gums twitching normally accompanied by the unmistakable sounds of a dog engrossed in a sleeping state as they appear to be running, barking, playing or having a particularly expressive dream.

It's unmistakable, right? We know what a dream looks like. After all, we've had plenty of our own, says Ryan O'Meara.

For some, the idea that a dog can dream is pretty obvious. In fact, it would be a greater shock if we learned they didn't have the capacity to enter a sleep time fantasy land filled with their favourite toys, places and people.

Knowing they can dream is one thing, knowing what they actually dream about, though, is the question on most dog owner's minds.

Before we get into imagining what a canine dream might look like, let's first establish that those things that look like dogs dreaming are dreams as we might recognise them. To do that, we'll take a look at a study.

According to a study, when rats dream they replay 'mini-movies of their day, similar to us humans.

Speaking about this particular study its co-researcher, Matthew Wilson, from the Massachusetts Institute of Technology (MIT said: 'This work brings us closer to an understanding of the nature of animal dreams and gives us important clues as to the role of sleep in processing memories of our past experiences.'

The study measured activity in rats' hippocampus, the brain's memory centre, while awake and sleeping. The study discovered that rats do form memories of events they experienced while awake and that the rodents replayed these memories while sleeping.

In human dreams we replay vivid images in our mind, woven together to form a memory movie. To find out if rats did something, Wilson and Daoyun Ji, also of MIT, measured brain activity in the hippocampus and visual cortex while the rodents were charged with the task of finding their way through differently designed mazes. 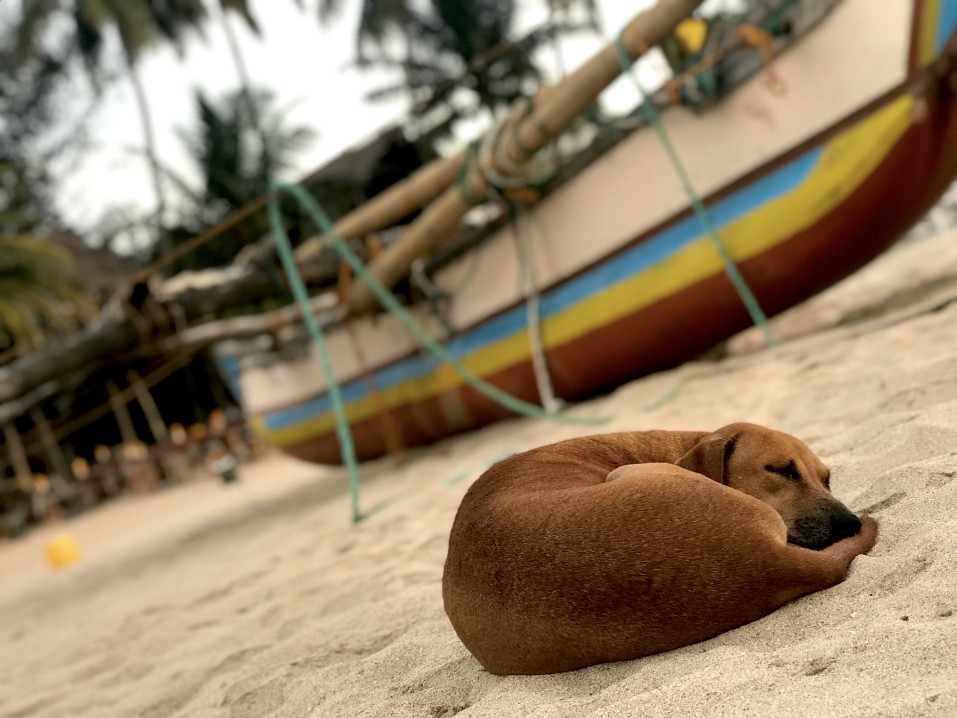 The tests on their brains showed that specific patterns were present as the animals calculated their maze explorations.

The exact same patterns of neurons firing in their brain's memory zones whilst they were awake and exploring the maze, fired whilst they slept. They were dreaming about the maze.

The scientists learned that the rat's hippocampus (an area of the brain associated with memory formation and storage) fired the same patterns as the rodents slept, depending on what activities they'd been doing in the day.

We do the same. We run through the events of our day in pictures while we sleep.

In fact, the neurological patterns were so clearly identifiable and specific that the scientists were able to tell precisely where in the maze the rat thought they were during their dream and whether they should be moving or standing still at any given point.

"The animal is certainly recalling memories of those events as they occurred during the awake state, and it is doing so during dream sleep and that's just what people do when they dream", said Wilson.

Our dog's brain is more complex than that of a rodent, but they too produce the same electrical patterns when they sleep their way through their mini-movies in their sleep.

What Is My Dog Dreaming About?

Like us, they're usually dreaming about the day they've had. Evidence exists to show they dream about common dog activities. Well, they would, wouldn't they!

This research is based on the structure in the brainstem (the pons) which is a little device we all have that keeps us from physically carrying out the things we're dreaming about.

When this is turned off, we would actually carry out many of the physical things that are in our minds during the sleeping state so, by actively turning it off as part of the research, scientists discovered that dogs do indeed begin to physically carry out the things that are going through their brains as they sleep.

When scientists inactivated the pons, they observed that dogs began to move despite the fact that they were, categorically, still asleep.

The dogs only started to move when the brain entered that stage of sleep associated with dreaming. During the course of a dream, the dogs started to physically carry out the actions they were dreaming about at that time. The scientists discovered that a dreaming Pointer would actually go on point during a dream and, likewise, a Springer Spaniel would start hunting for game.

So, thinking about this. Whatever your dog loves to do, he'll probably be doing a lot of it in his dreams. Neat, huh?

Do Dogs Have Nightmares?

Unfortunately, as well as the things that dogs love to do, they can also recollect all the things they dislike whilst they sleep too. Again, just like us, our dogs days are made up of lots of mundane things, some nice things and some things they're not particularly fond of. 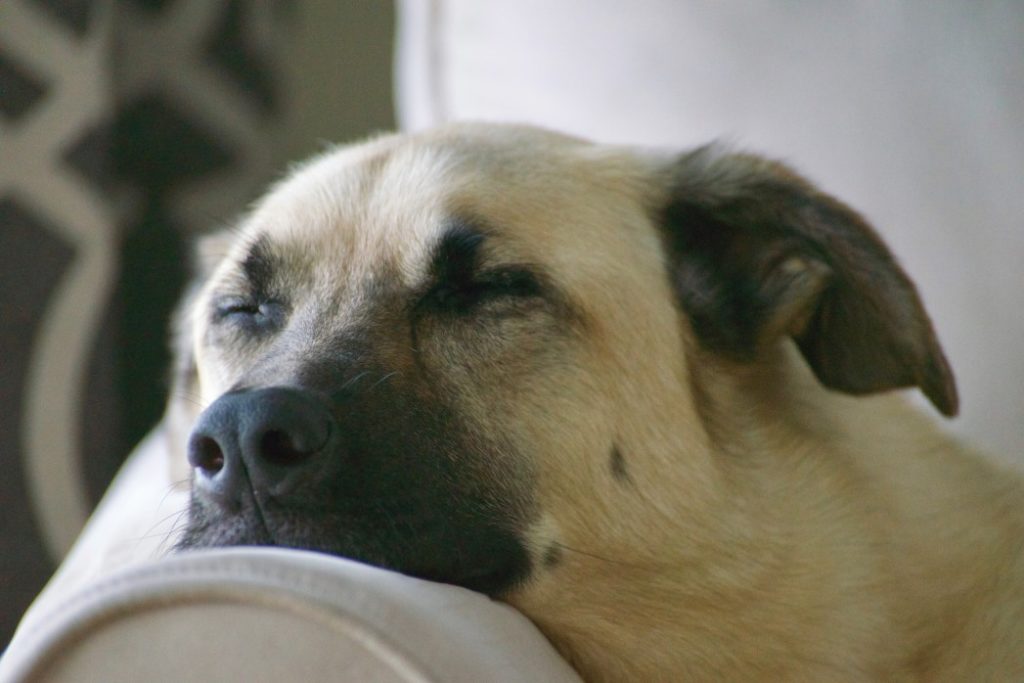 Scientists have learned that a dog who didn't particularly enjoy receiving a bath would fire the same neurons in their sleep when recollecting the experience as they would when they were physically being bathed in their woken state.

This, I'm sure you'll agree, is another reason for us to make our dogs days as happy as can be.

It's a truly gut-wrenching thought to imagine our dogs having unpleasant dreams and it's obviously something we can positively contribute toward, given that we're normally responsible for the mapping out and types of experiences our dog's average day contains.

It's also particularly harrowing to think that those poor, mistreated dogs will almost certainly be reliving their fear as they sleep as well as when they're awake. Dogs do have nightmares folks, that's worth remembering.

When Do Dogs Dream?

Dogs sleep more than us. After falling asleep, within a period of about 20 minutes, if you watch closely a dog's muscles will start to relax and their breathing will become deeper. Often they're in a state of just falling into a deep sleep but not quite detached from what's going on around them.

Noises such as the TV will become less 'real' to them but they can still hear them. You might find you've experienced something similar. I know I have. Going to sleep with the TV on a suddenly finding myself dreaming about playing cricket for England only to wake up with a start and noticed I left the TV on the sports channel. 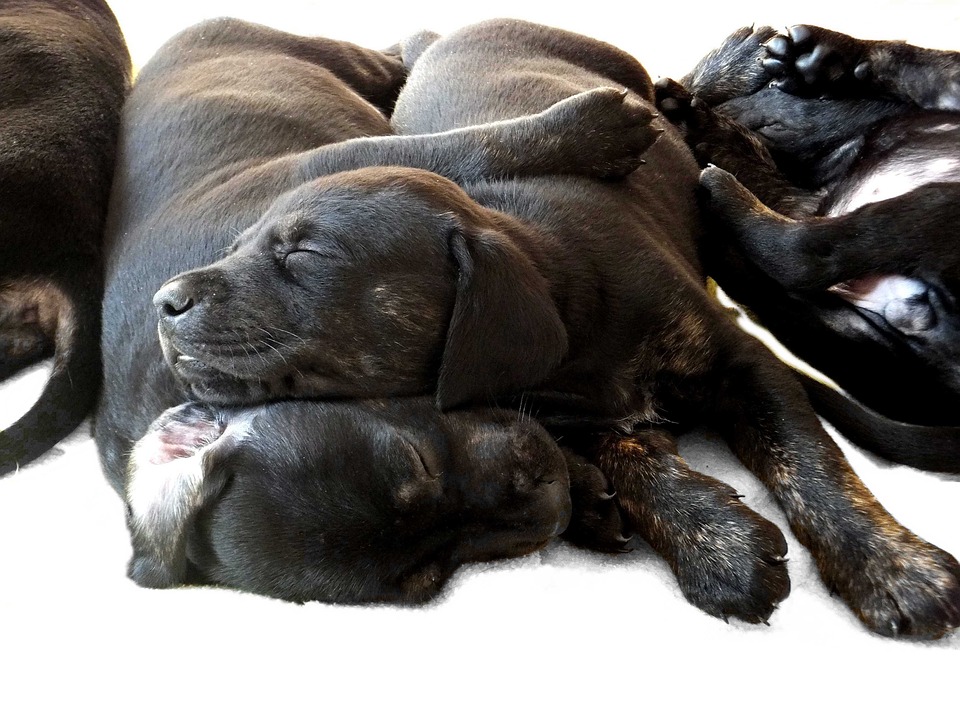 Dogs too can dream about things that are happening around them and we can very often witness them 'running' or barking their way through a particularly vivid dream experience.

Do Other Animals Dream?

Oh yes. Did you know that birds actually learn to sing their unique tunes as they dream? Again, science has proven this to be the case as they tested the sleeping brains of birds and matched up the exact neurological patterns that fired whilst the birds were awake - and singing - to when they were asleep - and singing in their minds.

Matthew Wilson's finding that rats dream in pictures is a strong indicator that dreaming is something that happens across all mammals.

Non-REM sleep is observed in all vertebrates (animals with backbones) and could even extend to some invertebrates, like fruit flies. Now, just imagine that. Not only does your dog dream the same way that we do, but perhaps even the flies we sometimes try to swat are dreamers too.