Currently starring in the indie film ‘The Reliant’ alongside Eric Roberts and Julia Denton, K9 Magazine caught up with Mollee to hear all about her two dogs, Shiloh and Stewie.

The dancer-actress told us how both dogs came into her life and shares why dogs are so important to her.

“My entire explore page on Instagram is animals. With that, we read a lot of stories and follow a lot of pages that need people to help to give these animals the best chance at having a great life. If I could adopt all of them, I would in a heartbeat.” 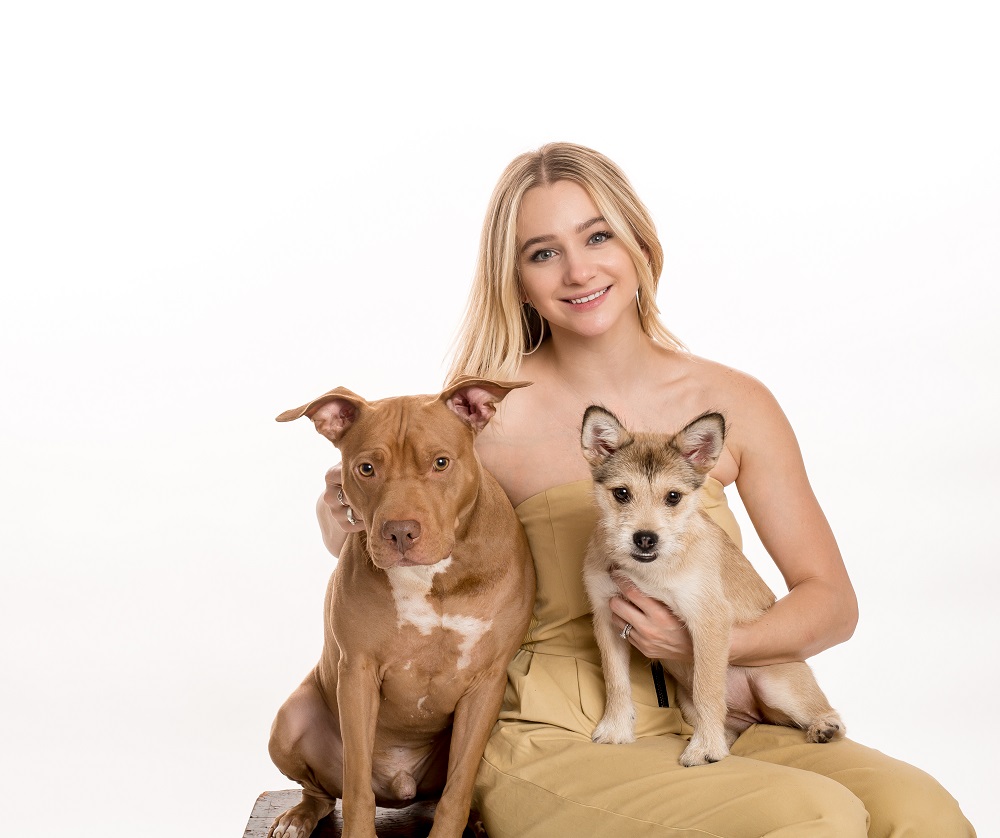 Hi Mollee, thanks for taking the time to speak with us.

Please tell us all about your two dogs.

Shiloh is the youngest, she is about a year old, and we think she is a Shiba Inu/Terrier mix. We were actually in the process of fostering another female dog, but someone ended up adopting her, so they sent us a photo of Shiloh.

She was in a rescue centre in China and they were sending us videos and we knew we just had to have her. So, we flew her over to the States and drove up to the San Francisco area to pick her up!

How did you choose her name?

How we came up with the name Shiloh was actually from a dream I had. I had a dream that we had already picked her up and we were playing on the lawn and I kept calling her Shiloh.

What made you want to adopt?

Jeka and I are the biggest animal lovers! My entire explore page on Instagram is animals. With that, we read a lot of stories and follow a lot of pages that need people to help to give these animals the best chance at having a great life. If I could adopt all of them, I would in a heartbeat.

So, after Shiloh we have Stewie, don’t we? How did he come into your life?

Stewie is our oldest, he is six years old and a Pitbull/Shar Pei mix. He is the best dog! So well-mannered, so gentle, and just such an amazing cuddle buddy. He’s definitely our couch potato.

We got him when he was eight weeks old. My husband Jeka’s sister had posted a photo on Instagram of a new puppy she had just gotten, and we immediately called her and asked where from! The family who had them had an unexpected pregnancy so were basically just giving away these puppies. We drove to go see them, and Stewie was the last one.

No one wanted him because he didn’t have a lot of wrinkles like the other pups, but to us he was perfect. He took a huge liking to Jeka and, from then on, we all fell in love! We took him home and Jeka named him Stewie because he loves ‘Family Guy’! 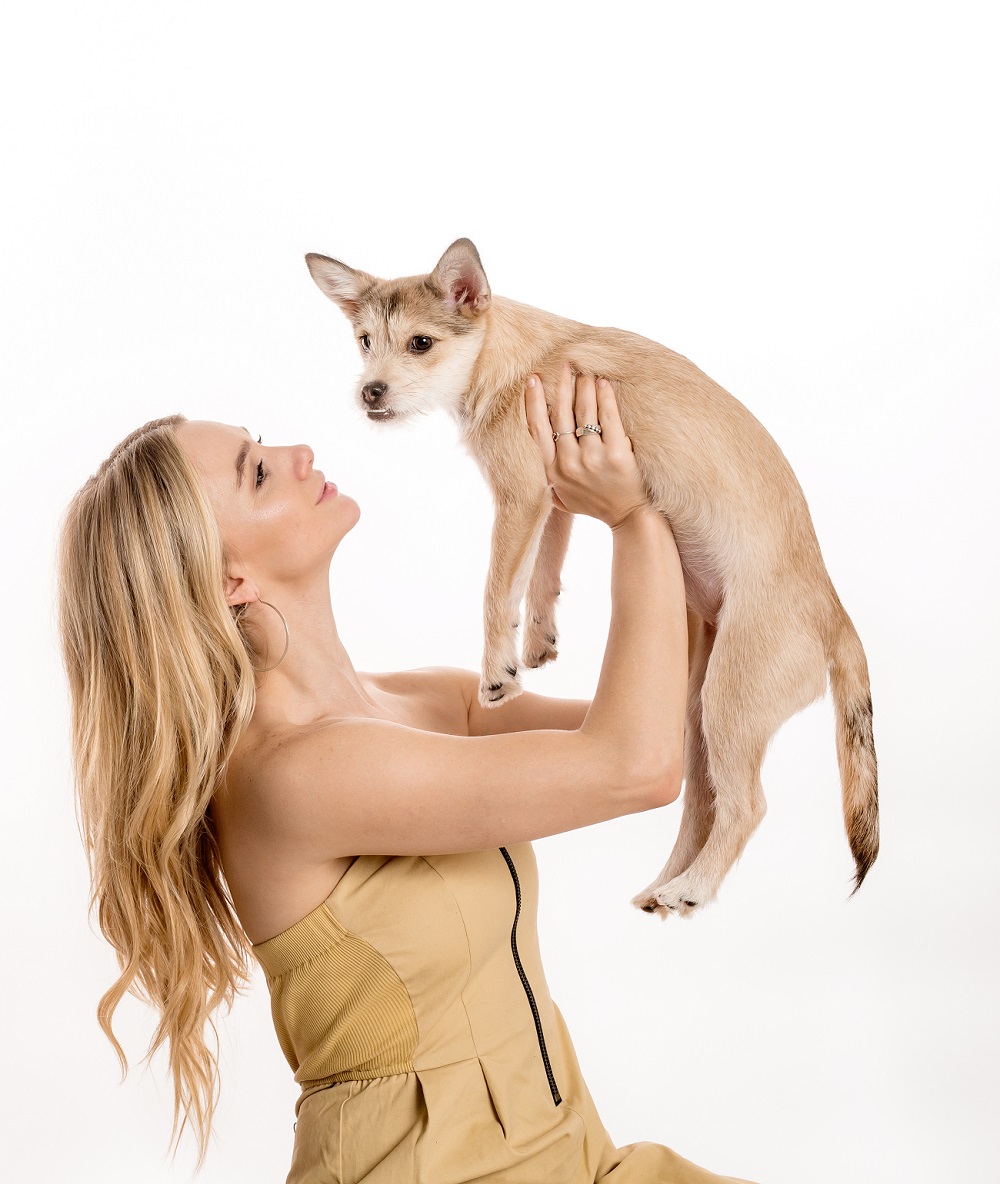 How did he take to Shiloh when she became part of your family?

Stewie was excited! He really is the best dog. He gave her space but, at the same time, let her jump all over him when she wanted to. They were laying on the same bed within 15 minutes of bringing her home! Now, Shiloh won’t leave his side and they are just the best of friends.

It’s lovely to see friendships develop, isn’t it? Have you always owned dogs?

Yes! We always had multiple dogs when I was growing up! I had my little Maltese, her name was Millie. I had her for about 15 years! Then we had a couple of German Shepherds and Brittany Spaniels ever since I can remember.

Which of your dogs (past or present) has had the biggest influence on your life?

I think my first own dog, Millie. She was my best friend. It was always Millie and Mollee wherever we went!

As well as being an actress you're a dancer at the top of your field in LA. How important do you think dogs are for our health and physical well-being?

I am a huge advocate for dogs helping with mental health. I travel every week for work, so I am at the airport all the time, which is a very lonely place and can really give someone anxiety at times.

Yes, there's been a big rise in emotional support dogs joining owners on flights in recent years hasn't there.

Well, at LAX there is this organisation called PUP (Pets Unstressing Passengers) where owners volunteer to bring their therapy dogs and allow people to pet and love on them. It truly, truly does work and it helps so much just to pet them. Makes my day!

Let’s move onto our quick-fire questions. Are you ready?

Based on Stewie and Shiloh's personalities, what TV or movie characters do they most resemble?

We always say that Stewie is Scooby Doo and Shiloh is Scrappy Doo.

Stewie is such a scaredy-cat and Shiloh is all bark but no bite. She will bark and then run behind Stewie, and his face looks like “uhhh, what am I supposed to do?” 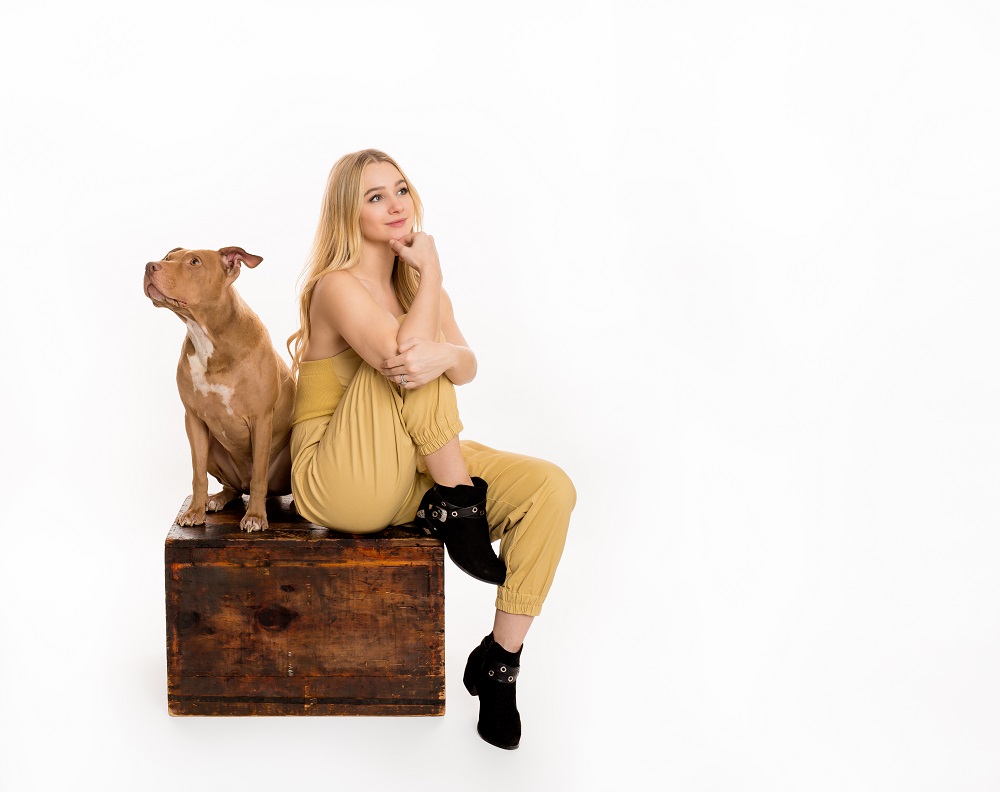 What's the first thing that comes to mind when you think of why your dogs are so important to you?

I just wouldn’t feel complete without them. They make me feel loved unconditionally, safe when I’m alone, and overall just so incredibly happy. My favourite thing is our mornings together, Stewie is under the blankets and Shiloh is pouncing all over and kissing our faces.

Finish the following sentence: my dogs are…going to be so stoked that they have a feature in a magazine! Actually, I might not tell them so it doesn’t get to their heads!

(Laughs) And one final question, if you could ask your dogs one question and one question only, what would you ask them and what do you think they'd say?

I would ask them “Do you understand me when I vent to you?”

And what do you think they’d say?