Dogs are brilliant aren't they? But are they all equally smart, or are some of them up for the cryptic crossword, while others are really all about the noughts and crosses?

Recently a study took place to discover more about the inner workings of canine intelligence and just how this can help us humans. Dr Rosalind Arden was one of the scientists working on this research, speaking with K9 Magazine she explains more.

My dog is called Jenny; like Sting, she goes by a simple moniker. Working dogs often carry an extra name, which refers to their breeder. Chamray Murphy and Pentyncoch Seren are two of the superb Welsh-bred dogs who joined our canine smarts study. We selected working dogs to investigate intelligence in dogs, not for their fancy double-barrelled names, but because their backgrounds share a lot of similarities. 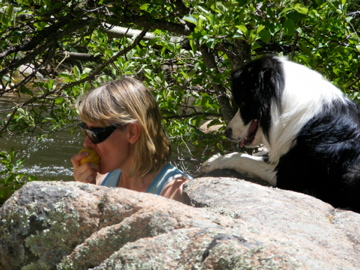 Let me back up and explain why learning about intelligence in dogs is useful, and offers a way to approach dementia research.

When we think about ourselves, we notice our intellectual strengths and weaknesses (good at English, horrible at Maths, or fantastic at Geography, useless at Biology). But when real measurements are collected in a proper scientific study, say we collect scores from over 10,000 people on a set of different tests (such as vocabulary, picture puzzle problems, general knowledge, mathematics), we find something surprising. Test scores 'hang together' somewhat; people who score above average on one test, tend to do all right on the others. This has been found in thousands of studies in over a century. Cognitive abilities in people are linked; test scores tend to overlap.

Humans are the most-studied animals when it comes to intelligence. Intelligence-type tests were invented in order to identify children who would benefit from extra help at school. It's a bit useless, or at least scientifically limited, to explore only one organism in a single taxonomic class. It would be good to know whether cognitive abilities hang together, or overlap, in other mammals too.Given a generous opportunity to initiate a project at King's College London, where I was a post doctoral researcher at the time, I chose dog cognitive ability as my project and this is why. 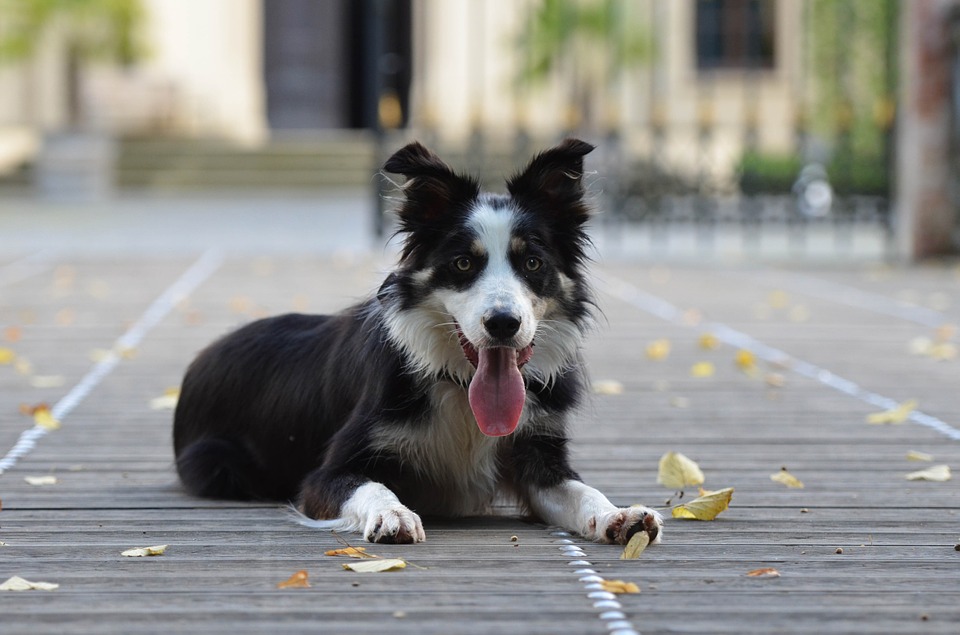 Loads of experts who have worked with dogs for decades were kind enough to give me informal help. Before collecting any quantitative data I asked 'in your experience, are some dogs more likely to catch on, solve problems or learn more quickly than others?'. With a single exception (an academic who also said 'breeds are a social construct'), everyone said 'yes'. This question has become a bit of a tic, I've met and asked US military dog handlers, all kinds of canine experts, they all agree - some dogs are generally smarter than others. But showing this experimentally is tougher. Unlike a classroom setting, dogs cannot be told 'Now, girls and boys, pick up your pens...' so instead we decide to motivate the dogs who took part with food.

The next decision came when deciding on breeds of dogs to take part. I knew it would be experimentally messy (add 'noise to our signal' so to speak) to include lots of breeds. This is because breeds have been selected over generations for different behaviours and for diverse shapes and sizes. Dogs are the most variable species on earth; among dogs, size varies by a factor of 40. This would make the statistical analysis beastly unless we had a vast number of dogs in our study.

So we chose to work with Border Collies and to do this I contacted a renowned breeder, trainer and Webmaster of World Sheepdog trials, Angie Driscoll of Kinloch Sheepdogs. She, together with the superb Mrs Paula Handoll, contributed to the test design, recruited the dogs from local farms, conducted the testing and recorded the measurements.

Mark Adams, at the University of Edinburgh, who led the analytical approach, had lots of animal data experience under his belt; this contributed to his being a wonderfully insightful collaborator. Scores from six tests, four of which were similar, were in our final dataset.

How to Test Your Own Dog's IQ Using the Study

The tests are pretty simple and adaptable for home use, so why not take part at home for fun with your own dog!

For our scientific purpose, two people were essential for each dog testing session because we needed accurate time and record keeping, but some owners will be able to manage the tests alone.

1) Put a treat of food behind a barrier. The dog should be able to see the food. Will s/he go around the barrier to get to the food or get stuck pawing the ground? 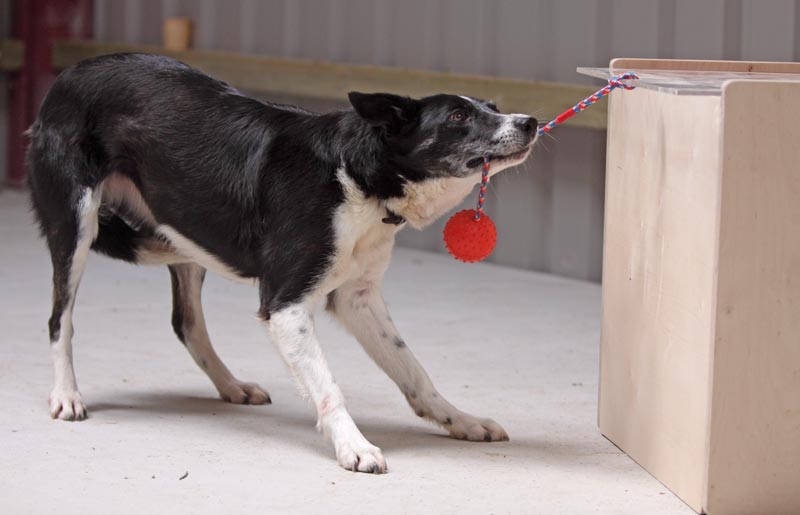 2) Put two inverted beakers on the ground in front of you, one to each side. Put a small treat under each. Look ahead, point to one beaker. Will your dog go to the pointed beaker? You can test this a number of times. 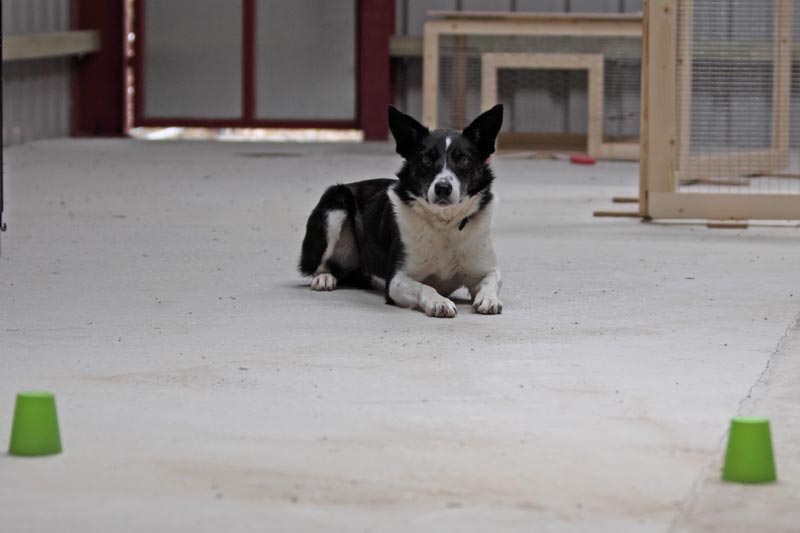 3) Put a smear of healthy dog food on a paper plate. On a second paper plate put a larger smear of the same food. Show your dog the plates. Put the plates on the floor. Does your dog go to the plate with more? 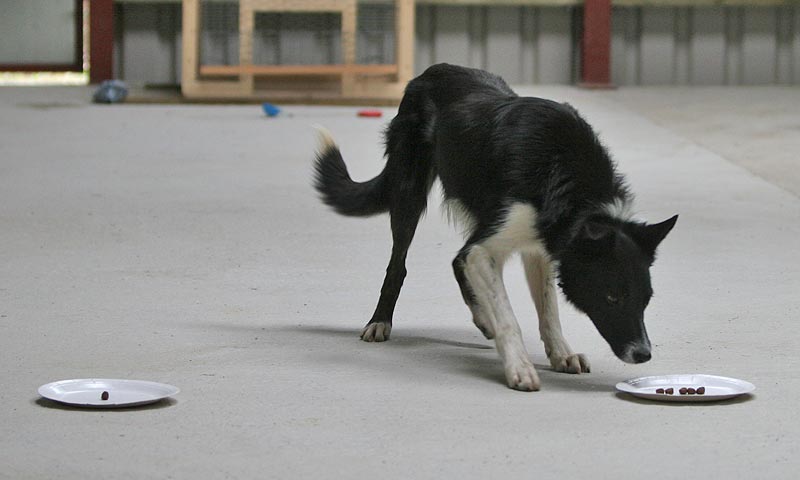 You can repeat this one too.

Dogs who are brighter, like Chamray Murphy, tend to go around the barrier to the food, follow the human point, discriminate between smaller and larger and choose more food over less.

There are more fun ideas for dog cognitive tests in a great book called 'The Intelligence of Dogs' by Professor Stanley Coren. Dr Coren was interested in comparing breeds with each other; whereas our work focused on testing individuals from one breed.

Because we tested 68 dogs, we could determine whether the faster dogs were also more accurate, whether a dog that was good at one test was likely to be good at others, and whether there was a suggestion of an unseen link between the different cognitive abilities.

We found that dogs are like people; their test scores have a similar structure to ours. Faster dogs were more accurate, their abilities across tasks were somewhat linked and there was some evidence of a 'general intelligence factor'. 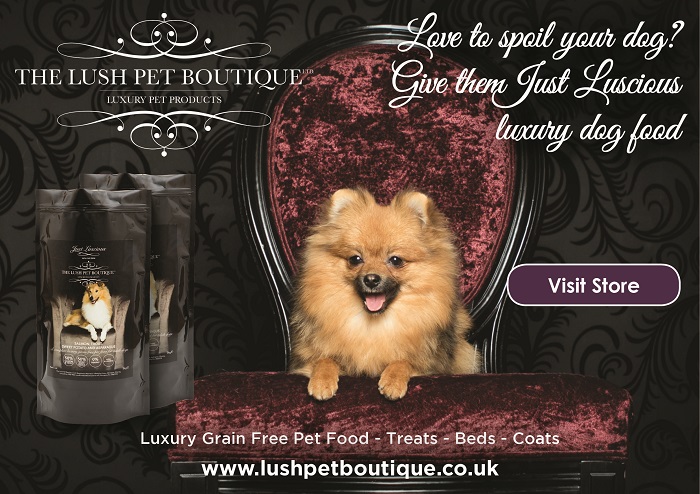 The Link Between a Dog's Intelligence & Dementia

All fun, and the headline 'Dog IQ test' is catchy, but should this kind of work be funded? Why is it worth bothering with? Glad you asked.

Here's me on the pulpit. There are several reasons why exploring intelligence in dogs is worthwhile. In people, intelligence test scores are linked with lots of health-related outcomes.

One compelling study found that higher scores on 11-year old IQ-type tests were linked with longer life expectancy; the sample was 'everyone in Scotland'. Beat that for a study design! Since that report, lots of other findings showing links between higher intelligence and better health have been published. These include studies that incorporate DNA as well as IQ-type test scores.

But even with DNA we cannot tease apart the effect of money, choices and circumstances on health outcomes. Dogs don't drink (alcohol), smoke, party till 4am. Money, even their owners' loot, does not greatly affect them. If we can reliably measure dogs' intelligence, we can do step two and test whether smarter dogs are also healthier and live longer. This would be good to know, scientifically. But dogs have more to offer. 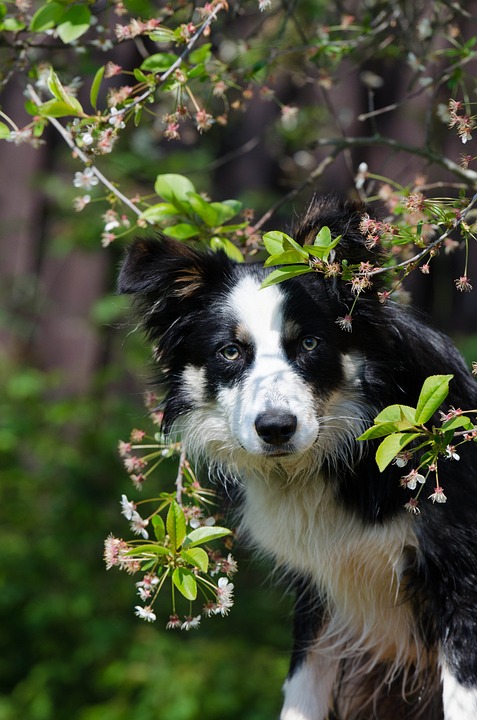 Like us, older dogs can suffer from dementia. Dogs are one of the few animals that naturally acquire many of the key characteristics of dementia. They get confused, they become less responsive to loved ones, their problem-solving takes a hit. Further, brains of dogs' with canine dementia show many of the same features as ours, such as amyloid plaques.

Even more usefully, dogs process drugs similarly to us, which means that if we could find drugs that help ageing dogs there is a much better chance that the same drugs would work for us too (this 'translation' has been a problem with mouse studies of dementia). Dogs live for up to 20 years. We live for up to five times that. A 'cradle to grave' study with people would take up to 100 years. Dogs are the badger; go figure.

If we can measure a dog's baseline intelligence accurately, we can measure a decline in that same dog as s/he ages. Testing from puppyhood to old dog years would teach us a vast amount about mental ageing and dementia. Whereas human 'samples' with rich data about the behaviour of ageing are hard to collect, we could collect vast samples with dogs. But this assumes that we have a reliable mental 'yardstick'.

Our study did not deliver a valid and reliable dog IQ test. What we contributed was a promissory note. We showed that dog intelligence is almost certainly measurable, and within an hour per dog, just as it is with humans. Our work shows that even if we don't go to Defcon 4 with an all-out genetic study; it surely worth going to stage 2. That is, working with others to develop, road-test, and replicate a reliable IQ test for dogs that will help with finding treatments for dementia in dogs and people.

Dr Rosalind Arden is a Research Associate at the London School of Economics. Before beginning her PhD she produced science documentaries for TV. She is interested in exploring outcomes associated with cognitive abilities (including lifespan) in people and other animals. Her dog intelligence work with Dr Mark Adams, who is a Post Doctoral Research Fellow at the University of Edinburgh, can be viewed here: http://bit.ly/20NVir4

Keep up to date with their work on Twitter @Rosalind_Arden_ and @mja.