K9 Magazine contributor and columnist Mike Deathe is a well-respected animal trainer and behaviourist. He recently attended a seminar conducted by Dr Ian Dunbar and has since redefined his entire approach to dog training.

This feature is the final instalment of its three parts and details just how influential that seminar was on Mike Deathe.

To read part 2 of Mike's column

As you will see from part 2, Mike gained valuable insight. Over time, the act of sitting on command becomes the reward itself because of the associations of the treat we have used in the past, as well as the “thank you”, other praise and pets."

So how does this affect his thinking now?

The key to this learning is to make sure not to pigeonhole yourself into one style, thought or aspect of learning theory. It’s best to incorporate them all into a simple and easy to understand the idea that everyone can understand. 1-2-3-4 anyone.

The goal of any training: people, dogs, goats or monkeys; is to get the behaviour you want, when you ask for it, without a lure or a reward. For those parents with kids getting an allowance, I am sure none of you expects to be paying out when they are 40, do you? 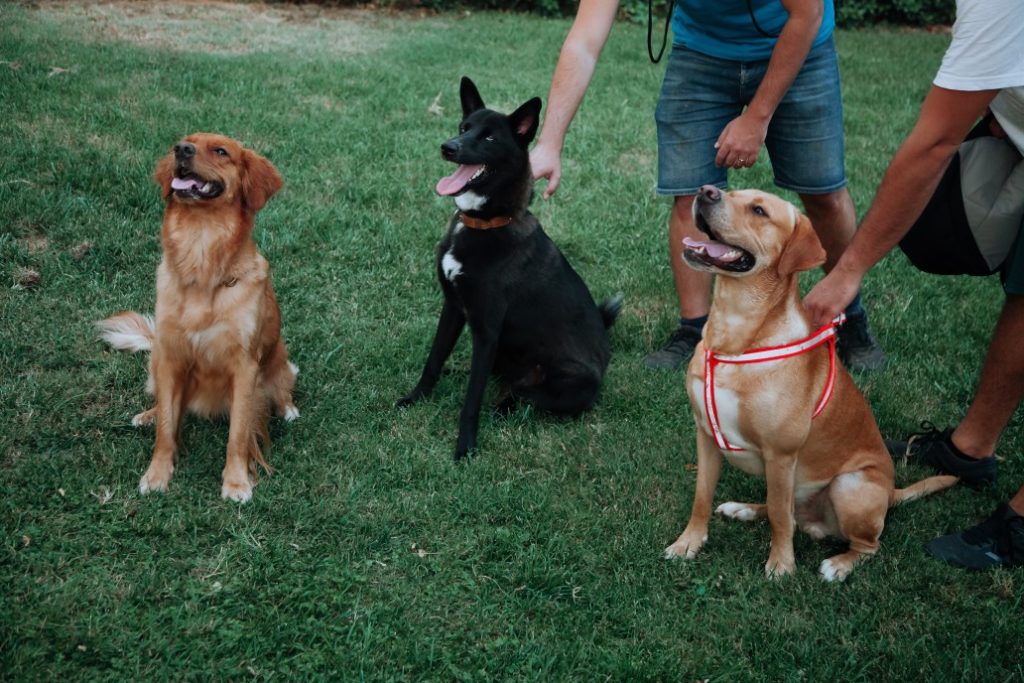 So while I sat and listened (at least most of the time, when I wasn’t frantically scribbling notes), I figured out how to make learning theory fit inside in my own head.

But once I got home and re-read my notes, I realised there was an even easier way to explain Dr Dunbar’s 1-2-3-4 method and to convince/explain to people that by fading out steps 2 and 4 (lure and reward) we could once again revolutionize dog training.

The biggest difference between operant and classical conditioning is the position in the world and perception. The order they follow is also incredibly important.

We now know that to be reliable, you can’t only use one of these; so which came first - the chicken or the egg?

As we discussed earlier, the emergence of positive reinforcement and positive punishment training both jump-started dog training as well as brought it to a screeching halt, but it alone is not the problem.

We have fallen into our pit of success. We found out 25 years ago that using rewards (food) was a much more productive way to get behaviours quickly than the status quo of training using aversive methods that came home with soldiers after World War II.

But what we did not realise was that we, humans, always ruin a good thing. We got so caught up in food training and changing the mindset of training from negative to positive that we did not even see the writing on the wall. We have been creating treat addicts for the last 25 years.

On top of that, we did not even notice that while we were busy changing the world, dogs were becoming less dependable, and at the end more interested in the lure than they were in the behaviours we were teaching.

Why do you ask?

Well, because we forgot to reward our dogs and got into the habit of only luring our four-legged friends. We started a generation of politician dogs that were not interested in the end game “reward” and were only interested in the “quick fix” lure.

Does this sound familiar, “Nope, not gonna do it, cause I don’t see the payoff”? I really hate to admit it, but all that the kindness and the human aspect positive reinforcement brought to the table was, in the end, the downfall of reliability and expectation in dog training we all experience every day.

Ok, so the sky is falling, what do we do now?

Dr Dunbar nailed it with the 1-2-3-4 method he introduced at the seminar in Kansas City I attended, and in this case, it was not what he added, but what he subtracted.

We just fade out the lure and the reward as quickly as possible so that in the end we end up with a dog that receives a cue and gives a behaviour of his/her own accord. That in itself sounds pretty positive, doesn’t it? 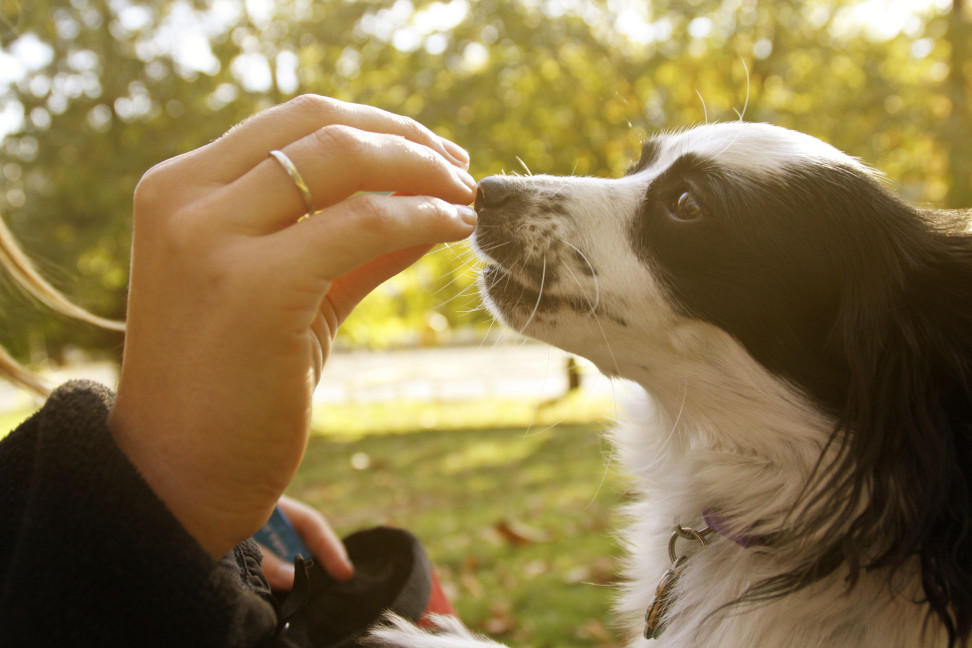 I am honestly ashamed I did not make this connection myself. In the end, you still need both operant and classical conditioning. I am just of the opinion that our definitions have been slightly out of whack.

The keys to the 1-2-3-4 method are steps 2 and 4, the lure and reward. If we continue as we always have we will never fade either out and have dogs that just wait to see the treat before giving the behaviour that we are asking for (cue).

All we have to do is change our perception of lures/bribes vs. rewards/motivation.

Do we work harder (overtime) for a boss that gives us more money or for the boss that gives credence to our work? Do people or dogs for that matter find money or praise more important? I say it is how life and those around us have raised us.

If you ask me, step 2, the lure, is 100% operant conditioning and step 4, the reward, is one of two things, depending on whether you did it wrong or right.

If you have been bribing your dog, the lure becomes the reward and then they become the same thing. These are the dogs we have all seen, that refuse to work unless a treat is available.

Not fading the lure makes the reward a bribe. If, on the other hand, the lure goes away and the behaviour is insisted upon before the reward, the integrity of the reward is still valid.

Don’t get too excited, just because the lure is gone you still run the risk of the reward not living up to the demands of the behaviour expected.

Have you, or anyone you know ever quit a job out of dissatisfaction or frustration only to be offered more money to stay? In the end, it was not the wage (reward) that made you decide to quit the job it was you realising that no amount of reward (money) was worth staying.

This brings us back to the idea of reliability. Reliability is not something that is bought with money or reward; it is something you choose to do internally. Some call it pride, others self-worth, but in the end, it comes from within.

What an epiphany. Thorndike gives us the parameters in which to learn, operant conditioning gives us the lure to keep interested, but classical conditioning is what builds the associations that create rock-solid reliability that make us choose to do what we are asked.

In the end, life rewards will and should always beat out lures and food. Learning Theory models going forward must delve into how they work as a unit for success not how they work individually to fail.

Who would have thought learning theory would be as simple as 1-2-3-4?

Muttz R Us was founded in 2009 by me and my wife Kate. Several years earlier I decided to quit my job as a district manager of an automotive care firm and became a stay at home dad.

Kate worked for the Federal Government and was travelling up to three weeks a month. Between the two of us, we decided one of us should take a step back so that someone was home with the kids. We have two boys, Donovan and Dylan. 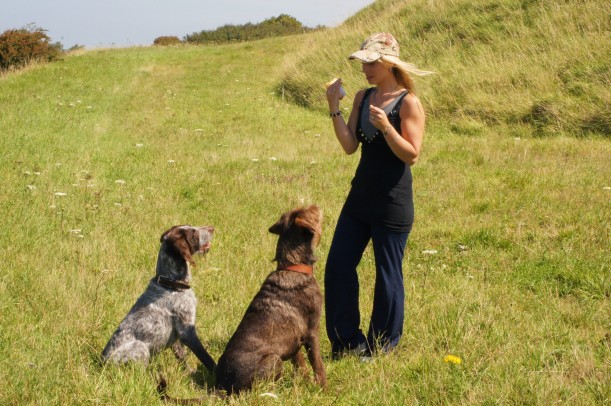 Life went on, with me being Mr Mom (my love and respect go out to all the stay-at-home moms and dads…it’s harder than it looks.) I told Kate “I’ve got to get a part-time job.”

After 15 years of being in the workforce, I needed something besides game shows and soap operas while the kids were in school.

I took a part-time job at a national pet supply chain and before I knew it, I became a dog trainer. A passion was born. I have had dogs since I was four years old and currently, my family owns four.

We have three mutts, Penny, Lexie and Bear, and we also have a Purebred (yes, even I own a purebred.) Leonberger named Leo. She was adopted, just like my other three mutts.

She is sight impaired with roughly 70% vision loss, which adds a different aspect to socialization and training for a dog.

I primarily train on weekends, which are the same two days the company I work for invites adoption groups into the store. I regularly saw the number of dogs and cats that never found a home.

It made me wonder how many people actually realise the number of wonderful and viable pets that are wanting and needing loving homes.

Veterinarian, animal behaviourist, and dog trainer, Dr Ian Dunbar received his veterinary degree and a Special Honors degree in Physiology & Biochemistry from the Royal Veterinary College (London University) plus a doctorate in animal behaviour from the Psychology Department at UC Berkeley, where he researched the development of social hierarchies and aggression in domestic dogs. 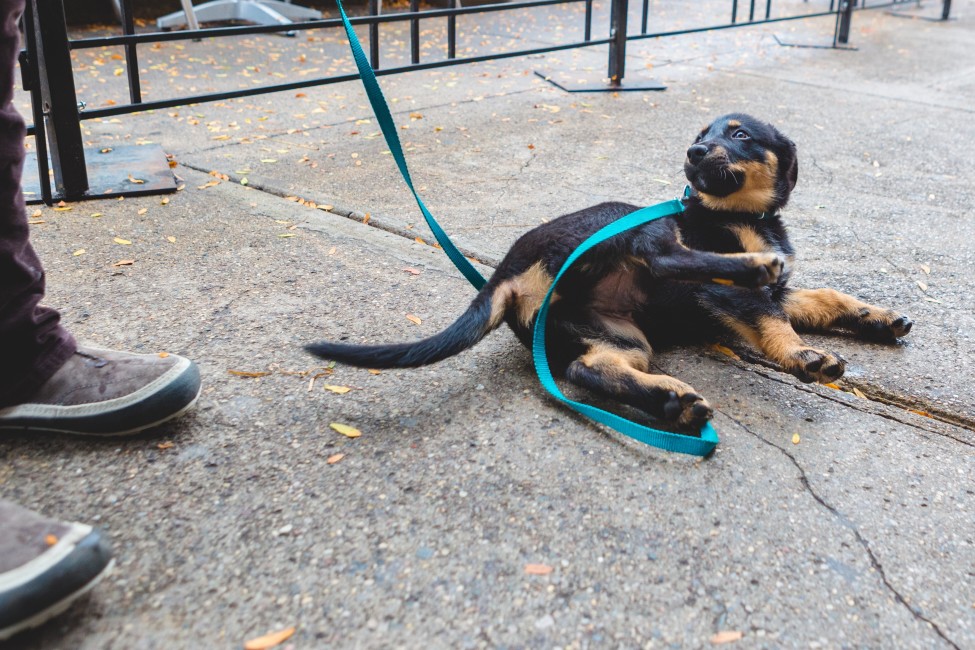 Subsequently, he created and developed the San Francisco SPCA's Animal Behavior Department, the American Kennel Club's Gazette "Behavior" column, which he wrote for seven years and the K9 GAMES®, which were first held in San Francisco in 1993 and continue as annual events in Japan and France.

He hosted the popular UK television series Dogs With Dunbar for five seasons and has appeared on numerous radio and television programs, including the Today Show (US) and Dash Village (Japan).