Here’s a report that’s set the cat amongst the pigeons.

Research has lead to the naming of a top 33 list of what is said to be the most aggressive dog breeds in the world.

And no, forget Rottweilers, Pit Bulls, Dobermans and Mastiffs for it is the little uns’ who come in highest on the aggression scale. 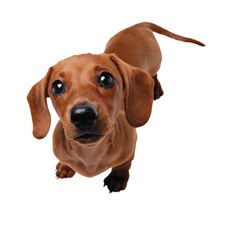 Dog lovers, much of what you are about to read we already know. We’ve spent most of the time trying to convince our non dog loving friends and families of these facts. But here goes anyway:

1) Previous studies into ‘most dangerous dog breeds’ have been based on hospital treatment stats for dog bites. Stats which are fundamentally flawed and skewed toward larger breeds, for they are the dogs who are likely to cause more serious injuries on the rare occasions when they do bite.

2) Small breed representatives are now hopping mad as it is THEIR breeds who are now under the spotlight. Welcome to the world of breed-type pigeon holing folks, it’s no fun is it?

3) Some breed reps are STILL too quick to slag off other breeds without seeing the irony of what it is they are doing. Step forward Joyce Summers, treasurer of the Rottweiler Club in Britain:

“I have lived with rottweilers for 40 years and they give nothing but love and affection. I am not surprised Jack Russells are up there near the top; they are yappy little things.”

Yappy little things? Oh. Dear. Let's have no more of that shall we!

As a Rottweiler owner I know what it is like to have your entire breed’s reputation called into question on the back of a few isolated incidents. As a dog lover, I have a keen understanding of the fact that individual characters within individual breeds are wide and varied. So for a Rottweiler rep to try and throw the Jack Russell under the bus like this is really rather dissapointing.

So here we go anyway. For what it’s worth, even though this new research throws up some unexpected dog breeds on the ‘most aggressive’ scale, and even though I already know that people will be running to this report for reference the next time their Rottie, Shepherd, Doberman, Mastiff etc is ignorantly labelled as ‘dangerous’, can I ask, nay, can I beg for some unity from dog lovers, please. We all love our dogs, our favoured breeds etc. But if we are going to start slagging off other people’s dog breed of choice at the merest hint of some negative or positive press coverage, we will, frankly, get what we deserve – that being, ALL dogs being tarred with the same brush.

They may be small, but new research found that one in five dachshunds have bitten or tried to bite strangers, and a similar number have attacked other dogs; one in 12 have snapped at their owners.

Known as sausage dogs for their elongated bodies, dachshunds have not, until now, had a fearsome reputation, although they were originally bred to hunt badgers in their setts.

However, they topped a list of 33 breeds which were rated for their aggression, after academics analysed the behaviour of thousands of dogs.

Chihuahuas, an even smaller breed, were the second most hostile, regularly snapping or attempting to bite strangers, family and other dogs. Another small favourite, the Jack Russell, was third.

In Illinois last week, Linda Floyd had to have her dachshund, called Roscoe, put down after the dog gnawed off her big toe while she slept. Mrs Floyd, 56, woke up too late because nerve damage from diabetes had left her with no feeling in her toes.

Dr James Serpell, one of the researchers, said smaller breeds might be more genetically predisposed towards aggressive behaviour than larger dogs.

“Reported levels of aggression in some cases are concerning, with rates of bites or bite attempts rising as high as 20 per cent toward strangers and 30 per cent toward unfamiliar dogs,” he added.

Until now, research into canine aggression has almost exclusively involved analysis of dog bite statistics. But the researchers said these were potentially misleading as most bites were not reported. Big dogs might have acquired a reputation for being aggressive because their bites were more likely to require medical attention.

The findings have angered owners of small breeds. Chris Moore, secretary of the Northern Dachshund Association, said: “As far as breeders in the UK are concerned, this is rubbish. It is not in the dogs’ nature. I have never been bitten in 25 years.”

Tony Fitt-Savage, president of the British Chihuahua Club, added: “I have had Chihuahuas for 30-odd years, and they’ve never put anybody into hospital. They can be a little bit stroppy.”

The study, published this week in the journal Applied Animal Behaviour Science, involved researchers from the University of Pennsylvania questioning 6,000 dog owners.

The rottweiler, pit bull and Rhodesian ridgeback scored average or below average marks for hostility towards strangers.

Joyce Summers, treasurer of the Rottweiler Club in Britain, said: “I have lived with rottweilers for 40 years and they give nothing but love and affection. I am not surprised Jack Russells are up there near the top; they are yappy little things.”

Breed profiling is a flawed concept. However, this study might prove useful if you ever find yourself having to defend your breed as it goes to show, reputations for so-called aggressive dog breeds, the stereotypical ones you hear about such as Rottweilers, Pit Bulls et al, are normally wide of the mark. Dogs are individuals, the product of their upbringing, environment and, yes, genetics. But it's owners who will ultimately determine how a dog behaves and we'd all be wise to never lose sight of the fact, even if the tabloid media will completely ignore it.