Meet Fudge. Sadly, a boy of his age and breed is not uncommon in rescue and as such, dogs like him can spend months or even years waiting for a new home.

But this Summer, after only a few weeks, Fudge found his new forever home and as he did, he helped dogsblog.com, a dog adoption website, reach a massive milestone by becoming their 50,000th rehomed dog. 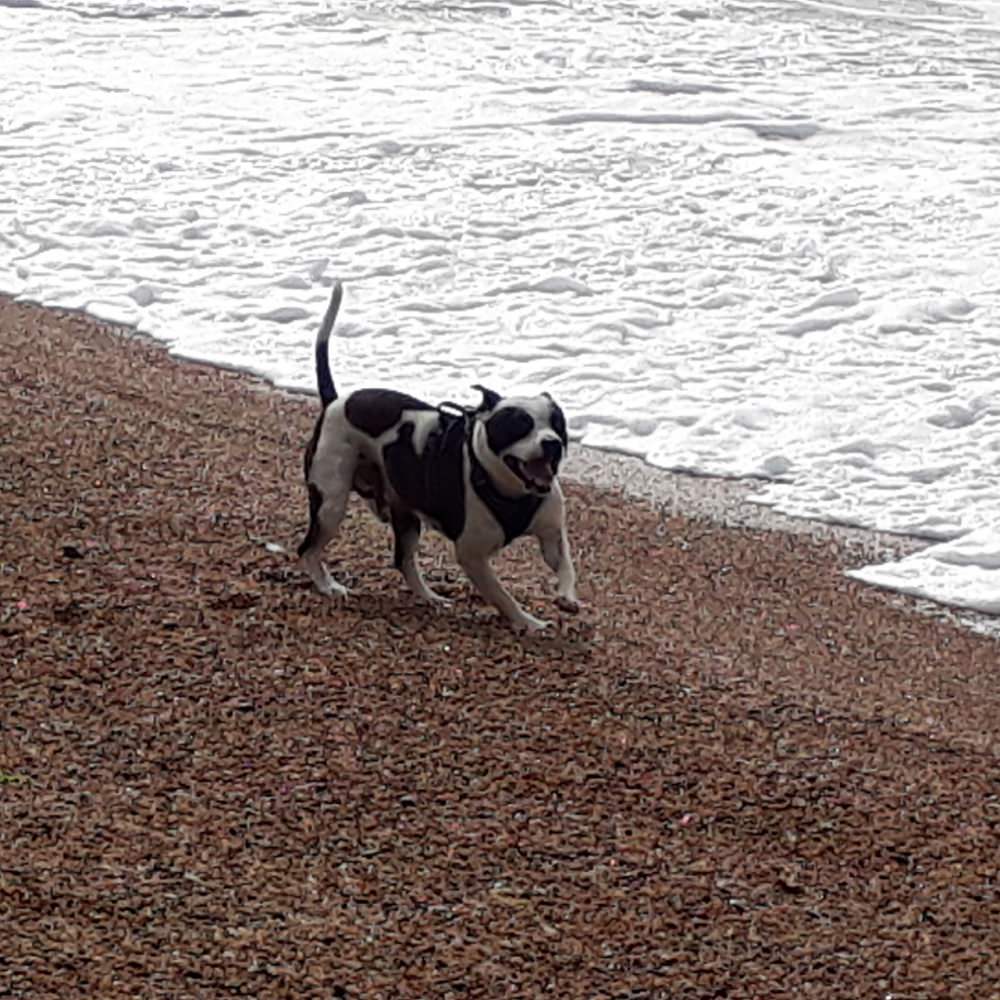 Fudge is a 3-4 year old Staffordshire Bull Terrier and earlier this summer, he found himself in the care of the RSPCA Cheshire (Altrincham).

When he found himself taken into care it wasn't because he had done anything wrong, but instead his family felt it was the best decision for his wellbeing because he was struggling to cope in a noisy family home with three young children.

After spending time with Fudge and assessing his needs over a period of time, on 17th July, Fudge's rescue, who has been a part of the dogsblog.com community since its infancy, sent his details to the dog adoption website to add to the rescue's section to try and help him find a home.

They hoped that one of the 250,000 monthly would-be dog owners visiting would be drawn to Fudge and be able to offer him the quiet life he craved.

Within a few days, dog lovers Tom Strutt and Ann Brown from Somerset had read his story and were drawn to his happy face. 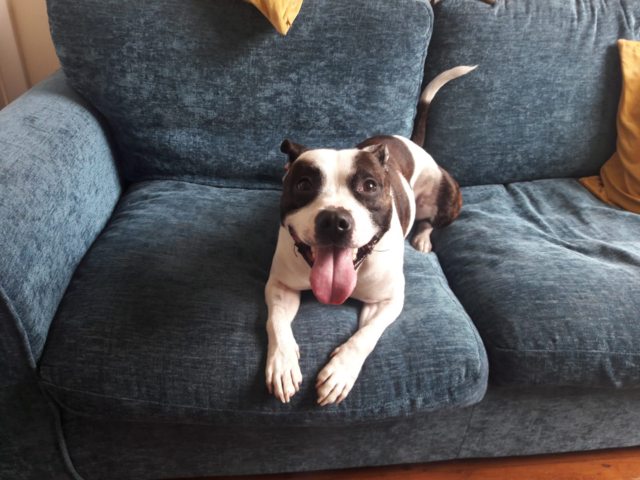 The couple was looking to adopt a dog after they had recently lost their dog, Ben to cancer and were heartbroken.

Ann says, "The house felt empty without a dog so we decided to look online for another Staffie, a rescue one this time. There are so many wanting homes, they have been given a bad reputation but nearly all the ones we see are gentle and loving and so loyal.

"We saw Fudge online and he looked so happy, like all Staffies do. We drove four and a half hours to Manchester to see him at his foster home we were so pleased with him we brought him home with us.

Since becoming part of his new family, Fudge has settled in well and enjoys walks with his new BFF, a Chihuahua which belongs to Ann's sister in law. 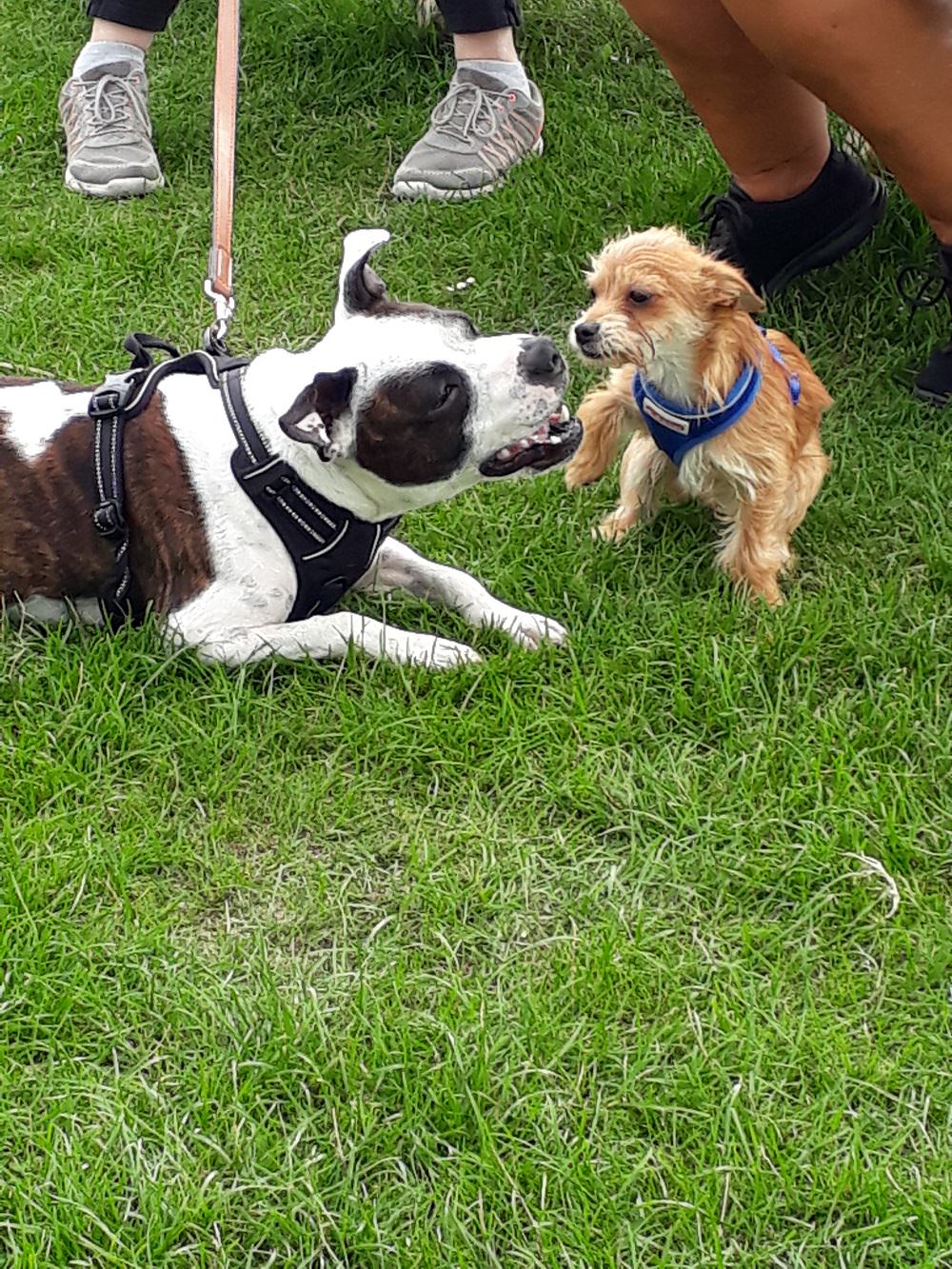 On giving a second chance to a rescue dog, Ann says, "Staffies do have a bad name, but they are great pets and part of the family. We would recommend them and adopting to anyone."

Ryan O'Meara, co-founder of dogsblog.com spoke about Fudge being the 50,000th dog the site has rehomed and what this means to the website.

"Every dog we've helped to find a new home for is special. The first, an Irish Wolfhound named Wally, remains firmly in my mind and Fudge will forever be remembered too.

"With his rehoming, we also reach the milestone of having helped the animal rescues we work with to raise more than £10 million in donations.

"All dogs are special, they bring so much to our lives, and all deserve to have somewhere they can call home. We're pleased to have helped so many dogs find a happy, secure future, changing their lives and that of their new families."