Every year thousands of tourists worldwide visit the beautiful island of Borneo in search of orangutans. However it wasn't the orangutans that captured the attention of tourist Nicky Stevens when she visited six years ago. It was the country's dogs.

After returning to the UK, Nicky set up IAPWA (International Aid for the Protection & Welfare of Animals), a charity established with the aim of making a difference to their lives. The organisation recently spoke to K9 Magazine to tell us about their hopes and goals for the future (read here). Since we last spoke, however the country has made huge strides, in thanks partly to the work IAPWA has done, by making the decision at government level to ban the consumption of dogs and cats, provide greater protection for companion animals and banning the rapidly growing 'sport' of animal fighting.

Here's Nicky to explain the history and why this is a huge step forward for Borneo.

Borneo suffers with a significant stray dog problem and to date a lot of our work has been in changing perceptions about stray dogs in and around the Kota Kinabalu region where there are approximately 10,000 stray dogs, but this region isn't the only in Borneo in need of help. The entire region of Sabah suffers from the same stray dog problems. 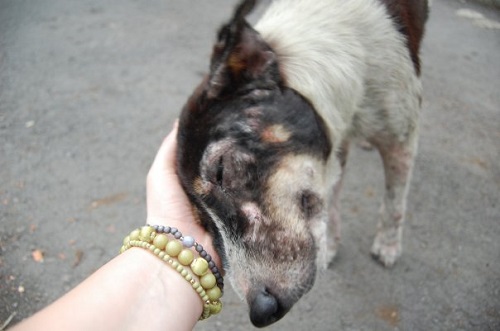 In many countries worldwide, stray dogs suffer in a number of ways. In addition to the obvious difficulties faced with trying to find regular food and a safe place to sleep, many suffer as a result of not having access to veterinary care, inhumane methods of population control, cruelty and neglect. In some countries, particularly across Asia, dogs also face the additional threat of being killed for human consumption.
It has been estimated that worldwide 25 million dogs are eaten each year by humans. Today, a number of cultures view the consumption of dog meat to be a part of their traditional and day-to-day cuisine. Although this is consumed by a minority in Sabah, it is one of many threats for the stray dogs in the region of Borneo.

At present, although it is known that dog meat is consumed within Sabah, it has been difficult to obtain accurate statistics as to how many dogs are affected. It is believed that the majority of dogs killed for this reason meet their fate at the hands of a minority of inhabitants for their personal consumption and from discussions with local communities, it has been suggested that black dogs are often favoured within this inhumane practice.

In addition to known risks, our team always remain alert to potential future threats, one of which is dog fighting. Dog fighting is growing in popularity within South East Asia and inflicts immense suffering, not only for the violence the dogs endure during and after fights, but because of the suffering they and others face during training which often involves other animals used as 'bait' to test a dog's fighting abilities.

To date, IAPWA do not believe that this practice has penetrated the region we work within, but due to this barbaric act growing at speed across South East Asia it represents a potentially dangerous threat to street dogs in the area. 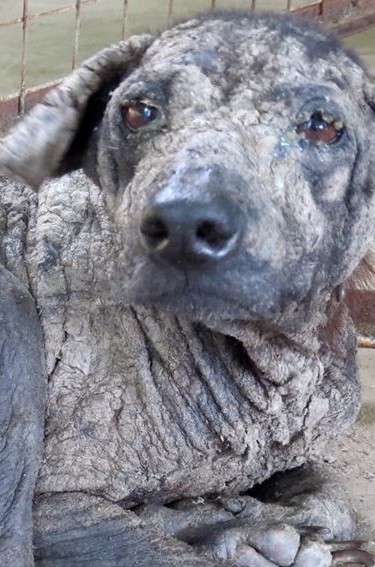 Following a number of meetings between charities and organisations in Borneo, an important discussion was held at the State Assembly in November. This was important because it showed a willingness to discuss the animal welfare issues across the country and to create a better future for the country's animals.

The debate resulted in another significant step forward for animal welfare in Borneo.

It was agreed that as well as it being prohibited to kill dogs or cats for human consumption throughout Sabah, animal fighting would also be made illegal along with increased penalties for animal cruelty. This is a significant step forward for animal welfare within the region.

The challenge now begins to ensure enforcement of the law and appropriate communication of this. As the world's third largest island, Borneo covers a vast area, with many remote communities, which will present a number of communication challenges. Despite the difficulties, however, the seeds have now been planted and with the previously used population control methods having been replaced with a humane programme, combined with the changes in legislation, the future looks brighter for animal welfare. The team have been delighted with the positive support received so far and remain committed to working tirelessly to make a difference to the lives of those that need help.

Without IAPWA's work, many dogs wouldn't receive the care they desperately need and future they deserve. One such example is a little dog called Louis.

Louis was discovered living on a rubbish dump, at just 10 weeks old covered in excrement and screaming in fear.  He had received no positive interaction with humans during his short life and was terrified. 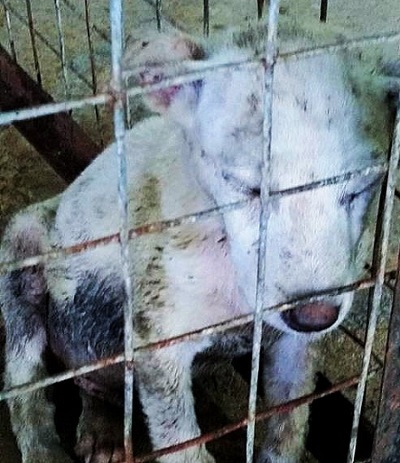 After receiving veterinary treatment from the IAPWA team, Louis recovered and flew to the UK to live with IAPWA Founder Nicky and her family. IAPWA have other Borneo dogs who would love the chance of a loving home and so if you are interested in adopting a dog from Borneo, please contact nicky.stevens@iapwa.org to find out more.

In order to continue making a difference to the dogs in Borneo, IAPWA are appealing for animal lovers in the UK to support their project. So much has been achieved to date but they now need the support of animal lovers more than ever to continue their work and drive these positive steps forward. Whether you can donate, volunteer within the UK team or even set up a 'Friends of IAPWA' group in your local area to promote IAPWA's work and raise funds to help more dogs in Borneo, every contribution will be vital to their continued success.

Nicky Stevens is the Founder and Chief Executive of IAPWA.

To support IAPWA with a donation to assist their work please visit www.iapwa.org. Alternatively you can donate £10 by text* by texting IAPW01 £10 to 70070. If you would like to set up a ‘Friends of IAPWA’ Group in your area, please email nicky.stevens@iapwa.org for details. To keep up to date with the latest news from IAPWA please ‘like’ and share their Facebook page at www.facebook.com/iapwa

* This option is only available to IAPWA supporters based in the UK. There is no cost for sending the text and the donor’s free allowance/bundle will not be affected – the only charge will be the donation itself which will be added to their mobile phone bill or deducted from their pay as you go credit. IAPWA will receive 100% of the donation, including Gift Aid