Why do black dogs sometimes struggle more than other dogs to find new homes?

Black dog syndrome is a real thing. Did you know black dogs are put to sleep at higher rates?. Black dogs often spend more time at shelters than light-coloured dogs and they are less likely to find a home.

Black dog syndrome or big black dog syndrome is the term used to describe the problem where black dogs are passed over for adoption in favor of lighter-coloured dogs. Animal shelters often use the term BBD, or big black dog, to describe the type of larger dark-coloured mixed-breed said to be typically passed over by adopters. Black cats are similarly reported to be subject to the same phenomenon.

The proposed phenomenon may be due to a number of factors. Research has identified fear stigma against certain breed types and the fact that large, black dogs are often portrayed as aggressive in film and on television.

While there isn’t a lot of science behind it, those who work at shelters swear that BDS is a real phenomenon. 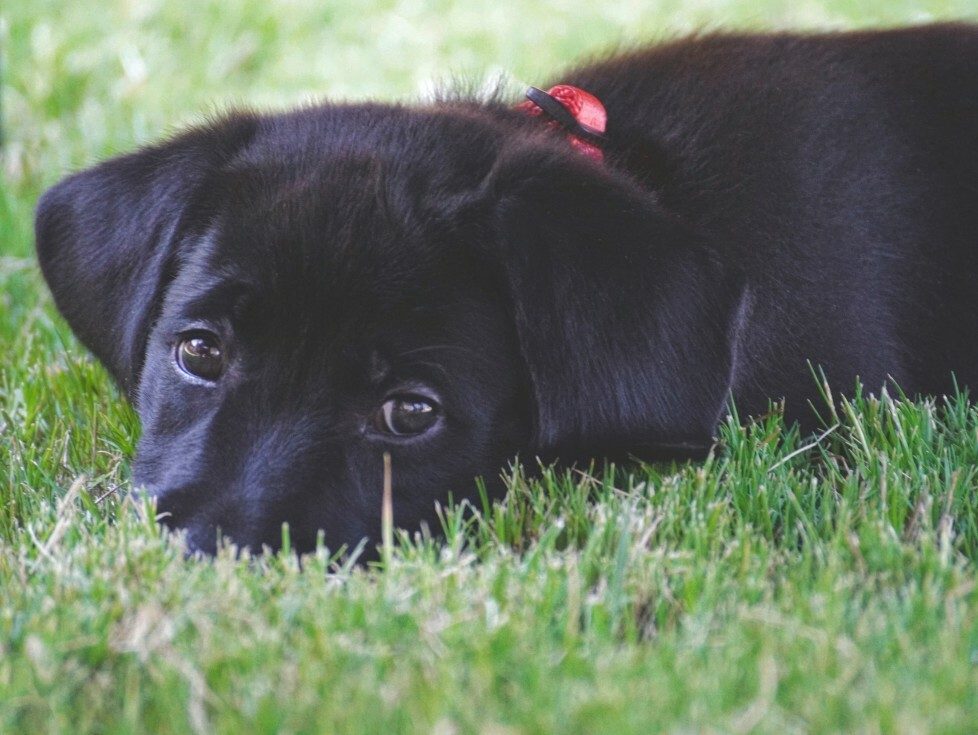 Animal welfare experts believe the discrimination arises from a pack of factors. The mythology around black dogs is grim.

So with black dogs getting such a bad deal, undesvedly so, we thought we'd bring these beautiful black dogs who need home to a wider audience. 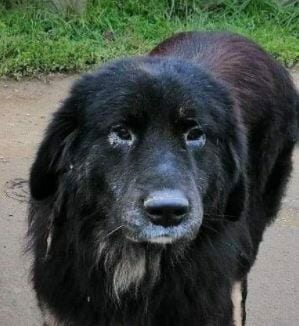 Luie is a 5-year-old male Caucasian Shepherd Dog. He has been struggling to survive on the streets for a while and one of our amazing team has been keeping an eye on him and feeding him.

Now she has managed to take him to the safety of her yard where he is staying with some other dogs. 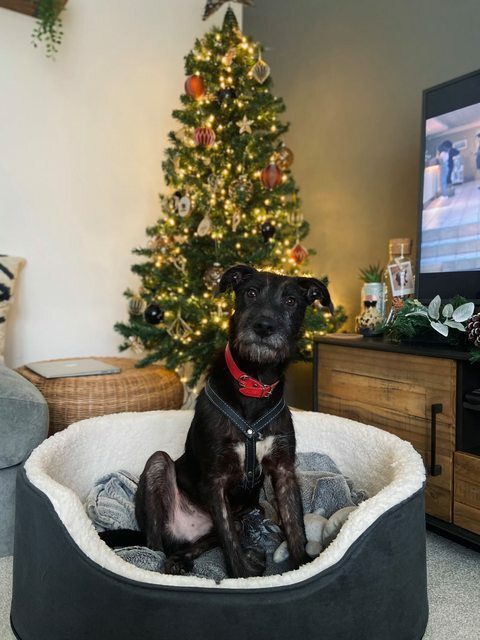 Rocky is an 8-month-old male Cross-Breed. He is a nervous young pup that will need an experienced dog owner who is prepared to take the time to train him and be patient.

He can be reactive when out walking towards people and other dogs due to his nerves. Rocky isn’t aggressive when out on walks – believed to have lived with other dogs in Romania with his rescuer. 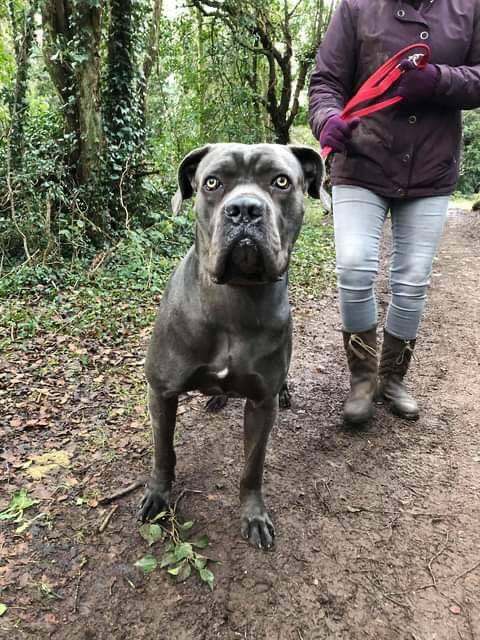 Baloo is a stunning 18-month-old male Cane Corso. He's not technically black, he's a dark, distinguised silver. He is looking for a loving home with experience in Mastiffs or large breeds.

He’s good with other dogs but not cats or livestock so needs a home without small furries and where he will not be allowed off lead around livestock. 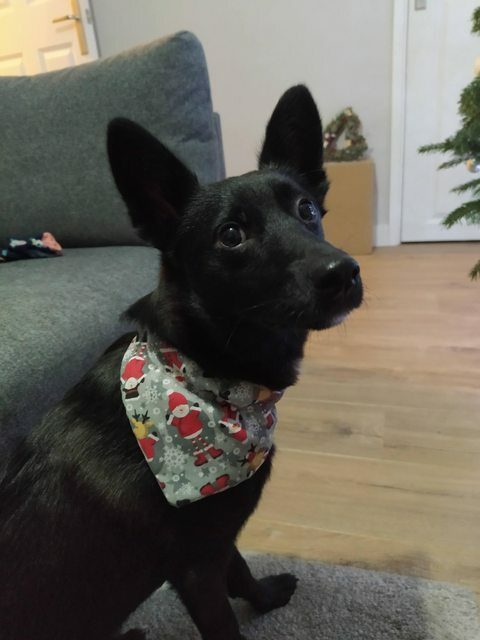 Milo is a 1-year-old male Cross-Breed. He is a small to medium (12 kg, 45 cm) lively boy who is looking for his forever home. He is in Bedfordshire and ideally looking for a home in the region.

Milo is a sweet boy who loves people and is friendly with humans in general. He is a clever boy too who loves learning tricks. 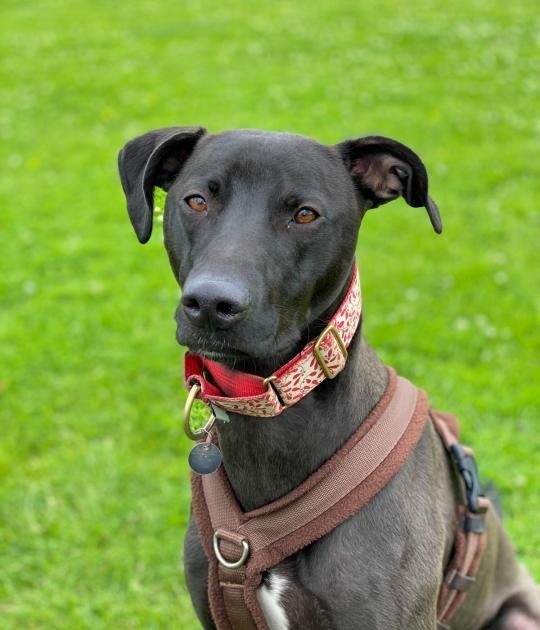 Sadly, I’ve shown a lot of fear around new people since arriving at the centre – my friends are working with me daily to help me feel more at ease around strangers and I now go for walks with some of our lovely volunteers who give me nice tasty treats for being such a good girl. 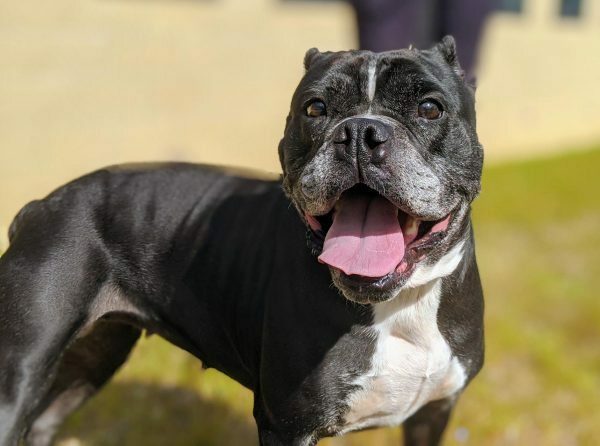 Tess is a 6-year-old female Aylestone Bulldog. This is such a sad situation for Tess whose owner has terminal cancer and has been in the hospital for a long time.

She has been on her own in the property for a very long time with relatives visiting from Lancashire to Leeds to see to her. The situation was reported to the RSPCA. Tess is described as bombproof with people! She had not been out of the house for a long time. 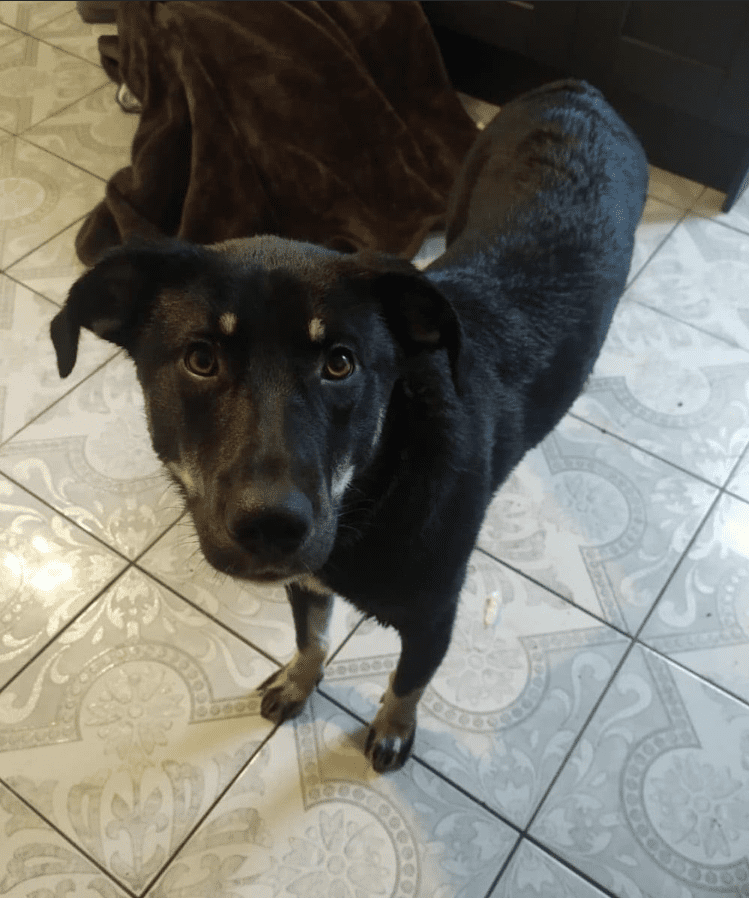 Pippin is an 11-month-old male Cross-Breed. He is currently looking for a new home due to taking a dislike to the children in his current foster home.

Someone with experience and willing to work with him and give him some time to decompress would be ideal. Walks well on a lead. No children, please.

Rescue: Bid to Save a Stray 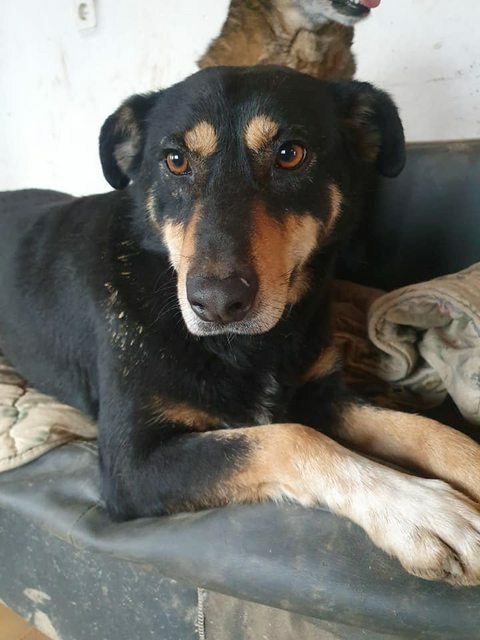 Truly is a 3-year-old female Cross-Breed. Stunning large medium-sized girl Truly is looking for a loving home with a patient and calm family able to give her all the training she needs and the time she needs to adapt to her new life. 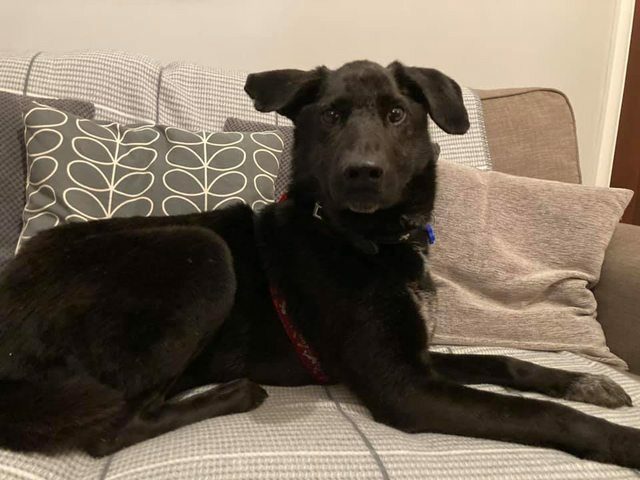 Cece is a 4-year-old female Cross-Breed. She is a medium-sized black mixed breed dog from Romania. She has been in foster for 6 weeks as she has needed time to gain confidence and trust.

She was nervous when she arrived and the transport journey across Europe had really set her back. 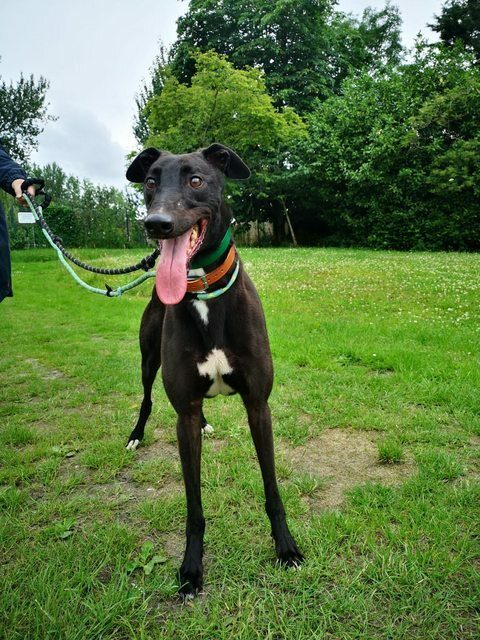 Meet Paddy, a handsome five-year-old male Greyhound who is looking for a retirement home after being retired from racing. He would prefer a new owner who is around for most of the day as he doesn’t like being left on his own. 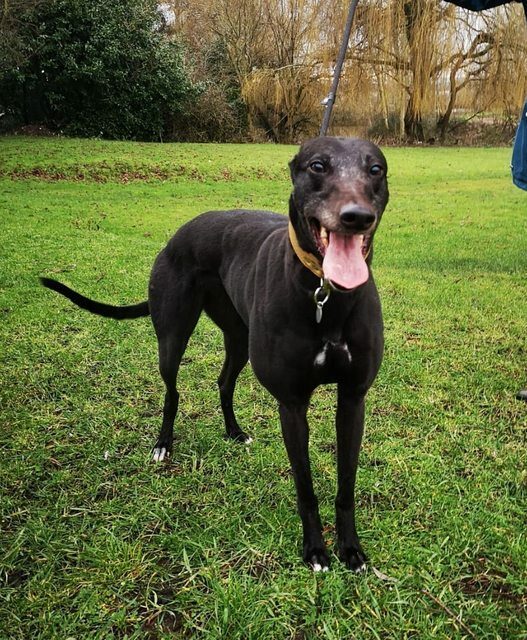 Meet Fizzy, a beautiful 5-year-old female Greyhound who is looking for a home after being retired from racing. She is a friendly, affectionate and energetic girl who loves to play and be around people and other dogs. 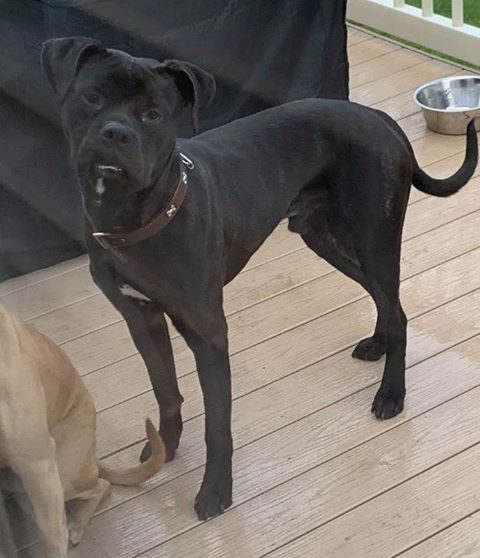 Charlie is a 2-year-old male Cross-Breed. He is a stunning young man looking for an adult home as an only pet. He is probably a Mastiff, Boxer and a Staffordshire Bull Terrier Cross.

He’s quite a nervous boy who will flourish in an experienced home that can help him to gain confidence and socialise with other dogs. 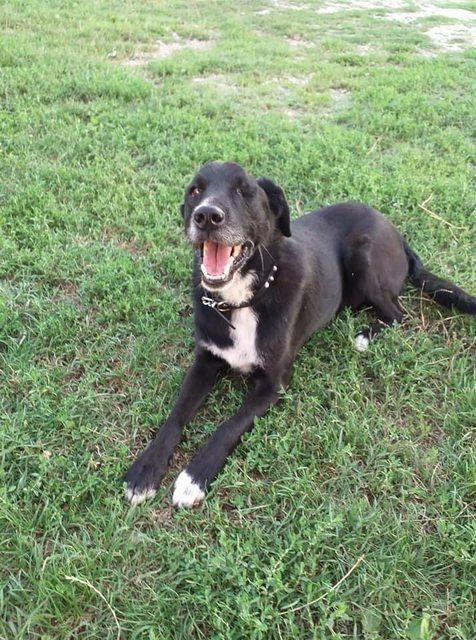 Dzej is a 7-8-year-old male Cross-Breed. In the middle of February Dzej arrives at Wolfie’s Legacy. This boy acts like a puppy but is thought to be seven or eight.

He has lost an eye through some historic accident, but apart from that is perfectly fit and healthy. He gets on very well with other dogs and is loving and playful.

Whether you're drawn to black dogs, brown dogs, white dogs or pink dogs - let's all agree, every dog deserves a home.